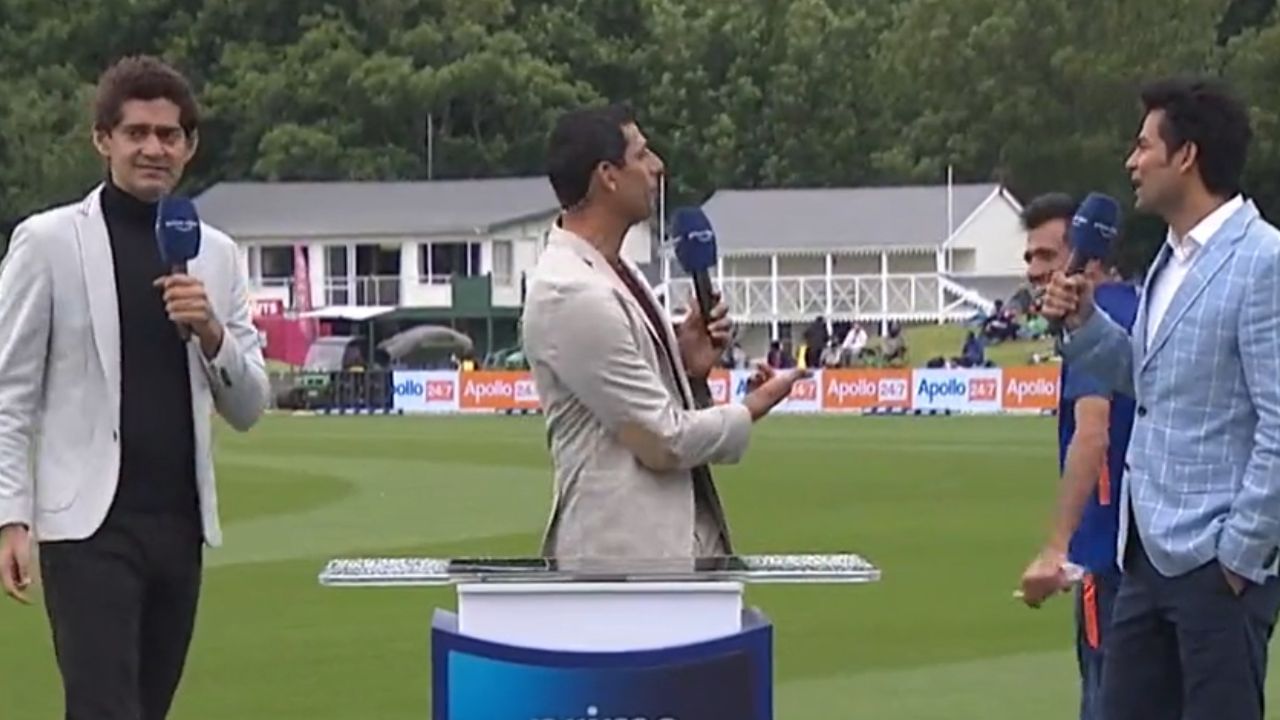 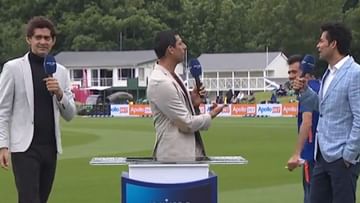 Indian spin bowler Yuzvendra Chahal is such a player who is seen in a mood of fun and jokes most of the time. His funny style has become his identity. Whether it is on the field, in the dressing room or in any event, he always appears in this style. Once his funny style was seen in Christchurch. Chahal entered in the middle of the live interview of Ashish Nehra and Mohammad Kaif.

The third ODI between India and New Zealand is being played in Christchurch. The first match of the series was won by New Zealand, while the second match was washed away in the rain. Ashish Nehra and Mohammad Kaif were talking about how important it is for Team India to win the third ODI when Chahal entered the interview.

TV presenter Gaurav Kapoor was talking to former India wicket-keeper batsman Mohammad Kaif and fast bowler Ashish Nehra before the start of the match. There was a conversation between the three about the bowlers. That’s why Yuzvendra Chahal secretly stood behind Ashish Nehra and started listening to things. Then Gaurav Kapoor said that Nehra, a bowler, is standing behind you. When Nehra looked back, Yuzvendra Chahal was standing. Nehra looked at Chahal and said, ‘He is not a bowler, he is an all-rounder.’ Chahal started laughing after hearing this and started tickling Ashish Nehra.

Even Chahal could not do anything amazing

Gaurav Kapoor again asked Chahal whether he would come out to bat today? Ashish Nehra said, ‘Chahal will open.’ Chahal was going back and while leaving said, ‘No no I will come at number nine’. Chahal came to bowl at number nine but could not do anything amazing. He got only 8 runs in 22 balls.

India could not play full over

The Indian team was reduced to 219 runs in 47.3 overs after being invited to bat in the third ODI against New Zealand on Wednesday. Washington Sundar played a half-century innings of 51 runs for India. Apart from him, Shreyas Iyer contributed 49 runs. Adam Milne and Daryl Mitchell took three wickets each for New Zealand while Tim Southee got two wickets.

Share
Facebook
Twitter
Pinterest
WhatsApp
Previous article
Children are falling prey to pneumonia due to cold and pollution, this is how to protect
Next article
‘Virus attack’ on 14 England players in Pakistan, danger on first test!

Pakistan is out, but how will Team India reach the WTC final, know the math