Yuzvendra Chahal became ‘Coolie No. 1’ in New Zealand, Shikhar Dhawan showed the truth to the world 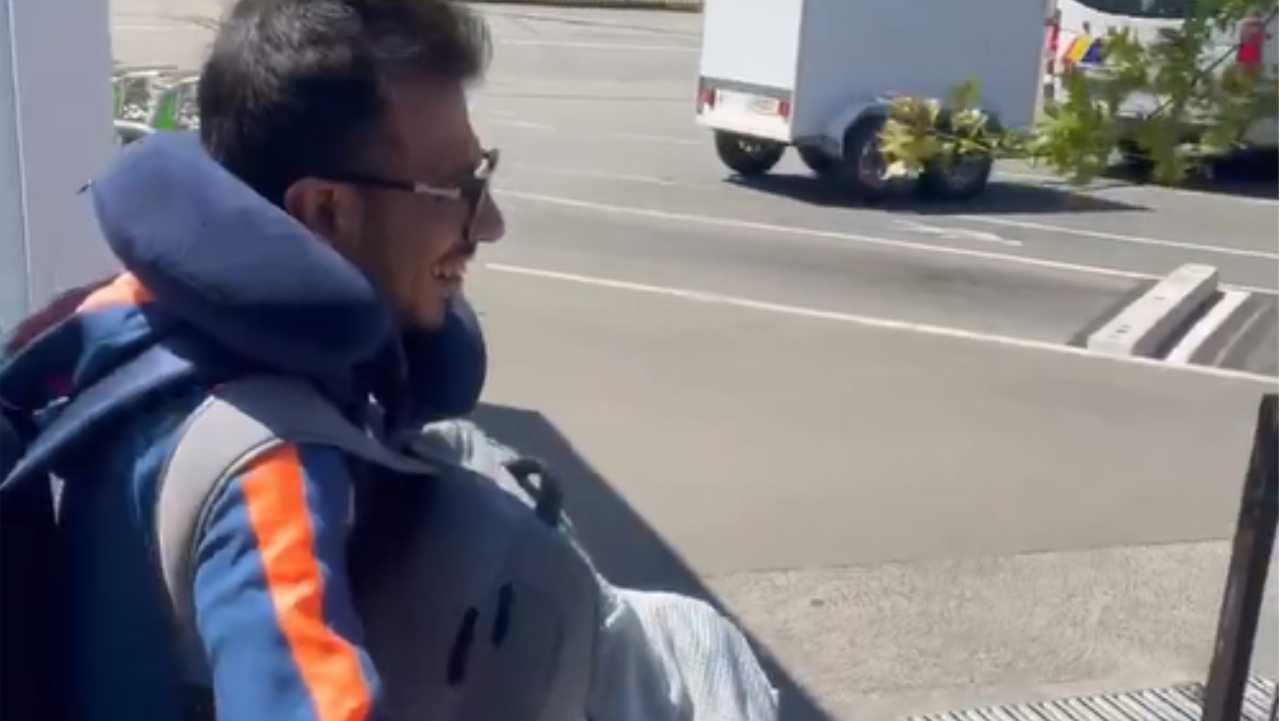 This video revealing the secrets of Yuzvendra Chahal is from New Zealand airport. It has been prepared by Shikhar Dhawan and also uploaded on social media. The film Coolie Number One, which came in Bollywood in the 90s, made a lot of headlines. Now in New Zealand just like the hero of that film, Govinda Yuzvendra Chahal They are also seen as coolies. But it is not at all the way you are thinking. Chahal must be seen carrying a load like a porter, but it is the burden of his own belongings only. Chahal’s porter in New Zealand bought this mask Shikhar Dhawan He has exposed the truth by removing it from his camera.

This video revealing the secrets of Yuzvendra Chahal is from New Zealand airport. It has been prepared by Shikhar Dhawan and also uploaded on social media. After sharing by Dhawan, it did not take any time for this video to go viral and this truth of Chahal was revealed to the whole world.

In the video shared by Dhawan, Chahal is buried under the burden of luggage. He is holding a suitcase in both hands while a bag hangs on his shoulder. Starting the video with this footage, Dhawan says the truth of Yuzvendra Chahal has been exposed.

In this video, Shikhar Dhawan tries to find out the reason behind Chahal’s role as a porter. He reaches his wife Dhanashree for this and asks her why is it so? On this, Dhanashree cites injury to her feet. Dhawan then tells her that she is a little soul? On this, the answer is received from Dhanashree – let little life be strong.

3rd ODI between India and New Zealand in Christchurch

However, in the midst of all this, let us tell you that the Indian team is currently playing a 3-ODI series in New Zealand. Kiwi team has won one of the first two matches. The other is washed away in the rain. In such a situation, winning the third and last ODI has become important for Team India, so that the series does not have to be lost. India-New Zealand third ODI is to be played in Christchurch.

‘This is what you will get in veg…’ Who said this to Swiggy India?

Opposition parties listed their issues, after the all-party meeting, the government also clarified its stand

Year Beginner: These Yogasanas can remain in trend for weight loss in 2023