HomeAstrologyWith this remedy of Vastu, your purse will never be empty of...
Astrology

With this remedy of Vastu, your purse will never be empty of money, just do this remedy 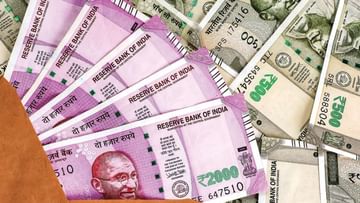 Everyone needs money because money fulfills all the needs. Life is impossible to live without money. Everyone wants that in his life as soon as possible and collect more money Do it. So that there is no shortage of money in life. Many people work hard to earn money so that they do not face any kind of shortage in their life. At the same time, many people earn a lot of money in their life but they fail to save that money.

Vastu defect can be a big reason behind this problem. There are many ways to eliminate Vastu defects, by adopting which one can get rid of it. According to Vastu Shastra, if a person keeps some such things along with money in his purse, then he never feels lack of money in his life. Let us know what things a person keeps in his wallet.

Rice grain is also called Akshat. Rice grains are considered very auspicious and sacred in Hinduism. If a person earns a lot of money but his money is spent due to one or the other reason, then definitely keep rice grains in your purse. With this remedy, your expenses will be stopped without any reason and your financial condition will increase continuously.

Gold and silver coins are considered a symbol of auspiciousness and prosperity. According to Vastu, if some measures are taken for gold and silver coins, then the problem of money does not come. To earn and save more and more money in life, first of all keep the gold-silver coin near the feet of Maa Lakshmi for a few days, then pick it up and keep it in your purse on Friday. With this remedy, there will always be happiness and prosperity in your life.

If you want that your purse should never remain empty of money, then you can use red cloth for this. According to Vastu, keep red colored clothes or paper in your purse. Red color is considered the symbol of Goddess Lakshmi.

Share
Facebook
Twitter
Pinterest
WhatsApp
Previous article
Kriti Sanon looked stunning in a mini dress, giving fashion goals
Next article
If you are planning to celebrate Christmas outside the house, then these places are best for Christmas party.

The Central Government called an all-party meeting today regarding the winter session of the Parliament, the session is to start from tomorrow

How to run the same WhatsApp account in two Android phones, read the complete method here

Rameez Raja’s rhetoric did not stop on Asia Cup, now said- Pakistan will withdraw itself…