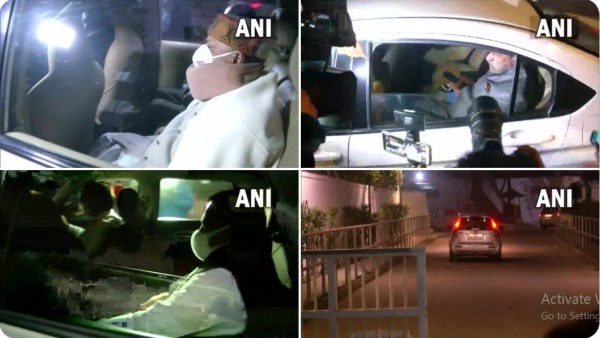 New Delhi, 25 November. Congress is preparing to surround the Modi government in the winter session. In this regard, an important meeting of the Parliamentary Strategy Group was held at the house of Congress President Sonia Gandhi on Thursday. In this meeting, all those issues were discussed which the Congress will take up in the winter session starting from November 29. Senior Congress leaders K Antony, Anand Sharma, Mallikarjun Kharge, Adhir Ranjan Chowdhury, KC Venugopal, K Suresh, Ravneet Bittu, Jairam Ramesh attended the meeting.

Congress will surround Modi government on these issues in winter session

After the meeting, Leader of Opposition in Rajya Sabha Mallikarjun Kharge said that in the Congress Parliament Strategy Group meeting today, we have decided that we will raise several issues in Parliament, including inflation, petrol and diesel prices, sugar aggression and Jammu and Kashmir. issue is included.

Also read: Abhishek Bachchan increased his weight by 105 kg for ‘Bob Biswas’, explained the reason for not using prosthetics

At the same time, Anand Sharma, who attended this meeting, told reporters after the meeting that the demand of farmers, MSP, resignation of the minister involved in the killing of 4 farmers in Lakhimpur Kheri, inflation are important issues and all these issues will be raised. Let us tell you that the assembly elections are to be held in 5 states next year and in such a situation, the opposition parties do not want to spare the government in any case.