HomeTechnologyWill playing online games become expensive, will be decided in the GST...
Technology

Will playing online games become expensive, will be decided in the GST Council meeting on December 17 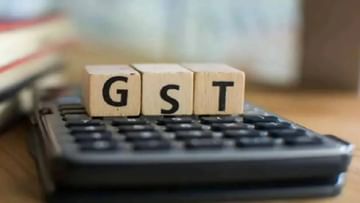 The 48th meeting of the Goods and Services Tax (GST) Council will be held on 17 December.

Apart from this, a report of the committee of officers is also likely to be discussed regarding the exclusion of some provisions of the GST law from the category of crime.

On Friday, the Center issued GST compensation to the states.

Earlier, the Finance Ministry had issued a statement on Friday saying that the Central Government has released Rs 17,000 crore of GST dues to the states on November 24. This compensation of GST is for the period from April to June 2022. In the financial year 2022-23, GST arrears of Rs 1.15 lakh crore have been given to the states so far. It has been said in the statement of the ministry that till October 2022, only Rs 72, 147 crore has been collected in the form of GST cess. But 43,515 crore rupees have been given by the central government by collecting from its own resources.

With the release of this amount, the central government has given the states the share of GST compensation that is expected to be collected by March 2023.

Let us tell you that the arrears of GST released by the Central Government. Maharashtra has the maximum share in this. 2081 crore has reached the account of Maharashtra. At the same time, Karnataka has been at number two with a share of Rs 1915 crore. Delhi has received Rs 1200 crore in this consignment. While Uttar Pradesh has received Rs 1202 crore and Tamil Nadu has received Rs 1188 crore. Apart from this, Punjab has received Rs 984 crore, West Bengal Rs 814 crore, Rajasthan Rs 806 crore and Gujarat Rs 856 crore. When the GST regime was introduced, compensation was arranged in view of the possible loss in revenue of the states.

The boy killed his father and cut his body into 32 pieces, fearing the police and threw it in the borewell

Fashion Tips: If you want to look stylish in winter then follow these trendy style tips