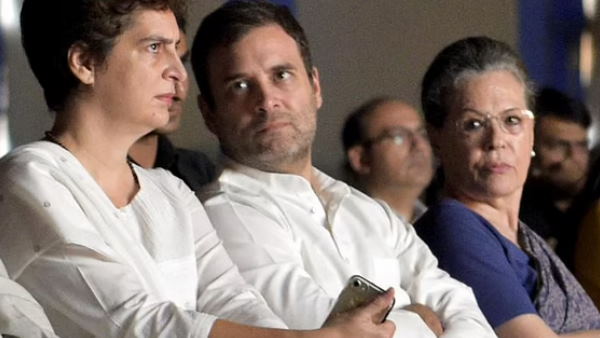 The reason for the division of leadership?

The top leadership in the Congress is divided into several parts and this is no longer a hidden issue. Sonia Gandhi, Rahul Gandhi and then Priyanka Gandhi have their own likes and dislikes in the party since 2014. In such a situation, the leaders and workers are not clear about conveying their complaint or point, to whom they should tell. At present, Sonia Gandhi is the president but it is believed that the decisions are being taken by Rahul Gandhi. In such a situation, a distance remains of the leaders from this most high command and their association with the party remains the same.

the habit of power politics

Congress has been in power for most of the time since independence. In such a situation, it is famous about the leaders of Congress that they know how to do politics of power. It is difficult to keep them united when they are away from power for a long time. This is the first time after independence that the Congress is not only away from power at the Center for such a long time but also does not have a government in most of the states. In such a situation, the Congress high command is finding it difficult to keep its leaders tied up.

Is Akhilesh Yadav afraid of Jayant Choudhary withdrawing from the alliance after the elections?

Another worst thing about the Congress is that experts are skeptical about the party’s rise in the recent past. In states like Uttar Pradesh, Bihar, Tamil Nadu, Andhra Pradesh, Telangana, Congress is the third and fourth number party for many years. At the same time, it does not seem that there will be any improvement in his performance soon. In all this, the party leaders feel that some other place should be found. Be it TMC, BJP or other parties, they seem to be breaking into Congress itself.