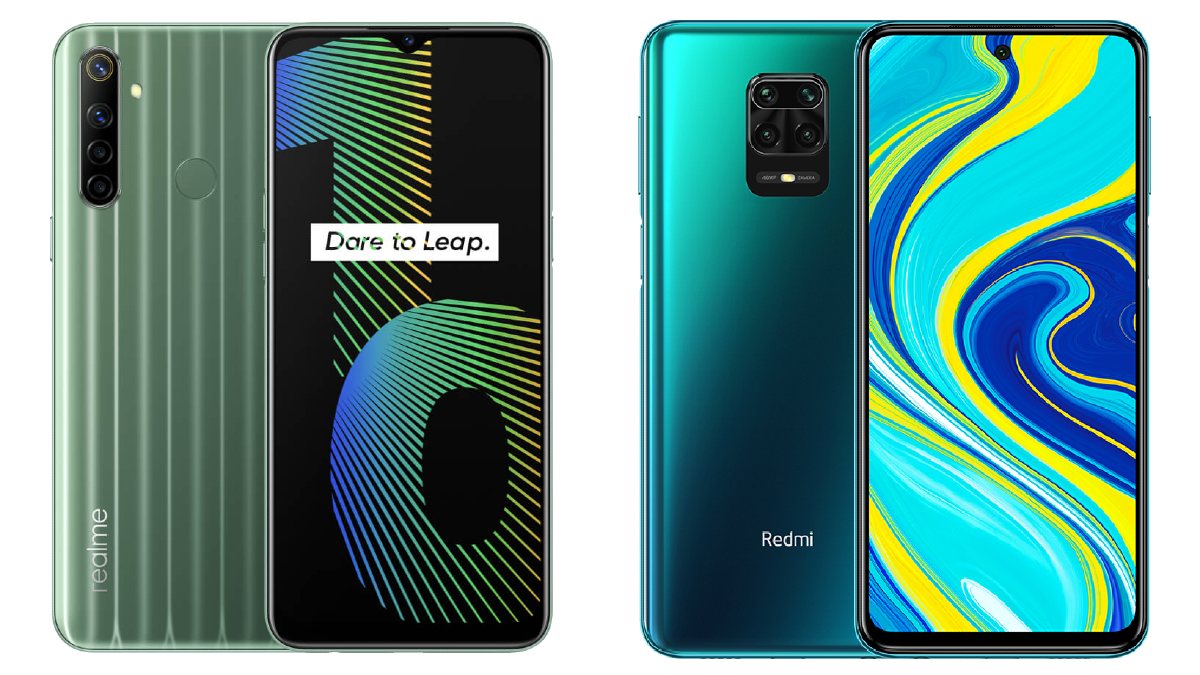 Realme Narzo 10 was launched in India on Monday. In the new model, customers get quad rear camera setup and powerful MediaTek Helio G80 chipset. The waterdrop style notch has been given in Reality Narzo 10 and it comes with Quick Charge support. It also has features like 48 megapixel primary rear camera. However, the Realme Narzo 10 is likely to get a tough competition from the Redmi Note 9 Pro, which comes equipped with many powerful features just like the Narzo 10. This is the reason why those looking for a new mid-range smartphone at the moment must be finding it a little difficult to choose between these two smartphones.

That’s why we are here today redmi note 9 pro with realme narzo 10 Our comparison of the price and specs to help you decide your best pick.

Dual SIM (Nano) Realme Narzo 10 has Realme UI based on Android 10. The phone has a 6.5-inch full HD screen (720 x 1600 pixels), which has an aspect ratio of 20: 9. Reality 6i has MediaTek Helio G80 processor. The maximum clock speed of this processor is 2 GHz. Mali G52 GPU has been given for graphics. 4 GB RAM has been given for Jugalbandi. The inbuilt storage of Realme Narzo 10 is 128 GB. Support for microSD card is also available.

On the other hand, the dual-SIM (Nano) Redmi Note 9 Pro runs on MIUI 11 based on Android 10. The smartphone has a 6.67-inch full-HD + (1080×2400 pixels) IPS display. The aspect ratio is 20: 9 and it is protected by Corning Gorilla Glass 5. The octa-core Qualcomm Snapdragon 720G processor has been used in the smartphone along with Adreno 618 GPU integrated for graphics. The smartphone comes with up to 6 GB of RAM option. The inbuilt storage of Redmi Note 9 Pro goes up to 128 GB. Both its variants support microSD card up to 512 GB.

For taking pictures, the quad camera setup has been given in Reality Narzo 10, in which the primary camera is 48 megapixels and its aperture is F / 1.8. The secondary camera is of 8 megapixels. It comes with an ultra-wide angle lens. Apart from this, there is a 2-megapixel monochrome portrait sensor and a 2-megapixel macro shooter. The front camera is located in the waterdrop notch. Here the company has given a 16-megapixel camera sensor with F / 2.0 lens. The selfie camera of Realme Narzo 10 can record HD video at the rate of 30 frames per second.

For connectivity, Realme Narzo 10 has USB Type-C port, Wi-Fi, Bluetooth, GPS / A-GPS and 3.5mm headphone jack. Accelerometer, ambient light sensor, gyroscope, magnetometer and proximity sensor are part of this phone. The fingerprint sensor is present on the back of the phone.