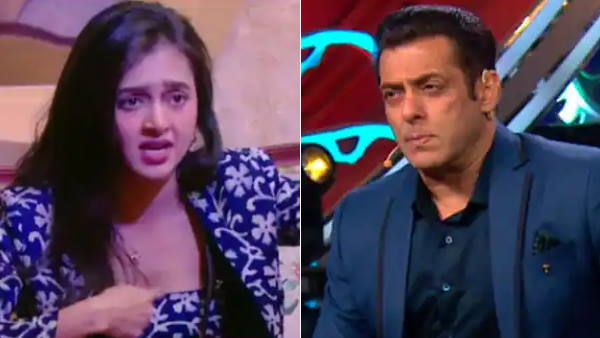 This week in ‘Weekend Ka Vaar’, Salman Khan is very angry with Tejashwi. Salman got angry over Tejashwi’s allegation of favoring Bigg Boss. He said that Tejashwir is not respecting the show. Salman questioned Tejashwi’s attitude and asked him why do you feel that the whole world is against you? You insult the channel you are on. Is there any hole made in the plate in which you eat?

Salman told Tejashwi to shut up

After being scolded by Salman Khan, Tejashwi tried to keep his point and started speaking. As soon as Tejashwi presented his side, Salman got furious and silenced him calling him a shutup. Salman Khan said that Tejashwi is doing all this to get sympathy, which he should stop.

‘Amitabh Bachchan’ advised Salman Khan to get married, the reaction of the Dabangg actor is worth watching

Gauhar Khan will come on the show

It has been shown in the promo of the show that this week actress Gauhar Khan will enter Bigg Boss as a guest. Here she will be seen playing the task with Karan Kundrra, Tejashwi Prakash, Shamita Shetty, Prateek Sahajpal, Rakhi Sawant, Rashmi Desai, Devoleena Bhattacharjee.

The final of the show can go ahead

Bigg Boss 15 up is in its last phase. It was to be finalized soon but now it is being told that the final of this show of Salman will be in the end of February. The first show was said to end on January 16. Now it has been extended till February. The reasoning behind this has been given to spread corona infection.

Government panicked after seeing the speed of pregnancy of girls in lockdown, schools and colleges reopened

Jammu and Kashmir: One terrorist killed, encounter continues between security forces and terrorists in Shopian