HomeTechnologyWhatsApp is bringing new feature, will change the way of using the...
Technology

WhatsApp is bringing new feature, will change the way of using the app! view details Some beta testers of WhatsApp have got a chance to use the upcoming picture-in-picture mode. This feature is reported to be released on the iOS 22.24.0.79 beta update version of the instant messaging app. See here what kind of change it will bring. 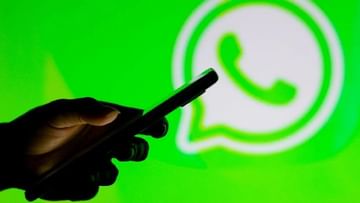 WhatsApp Picture-in-Picture Mode: Instant Messaging App WhatsApp Preparing to bring a new feature for its users. The company may soon introduce picture-in-picture mode for video calls. If this happens then you will be able to see the video call even while using another app. According to reports, at present this feature has been released on the beta version of WhatsApp. Selected beta users can experience the new feature. In the coming time, the company can also introduce this feature for the common users.

Some beta testers who installed the WhatsApp beta 22.24.0.79 update for iOS from the TestFlight app can see picture-in-picture mode. According to WaBetaInfo, a portal that tracks new updates and features of WhatsApp, the latest updated works on at least iOS 16.1 or later OS. Therefore, the upcoming feature will be one of those selected features, which will run on the support of iOS 16.

Apart from this, the instant messaging app owned by Meta has also started testing the shortcut button for disappearing messages. Some Android beta testers are getting the benefit of this feature. The shortcut button feature that makes messages disappear on the Android 2.22.24.9 update of WhatsApp beta is being redesigned. With this feature, it will be easy to mark new and old chats as disappearing threads.

WhatsApp: Space will be saved

WhatsApp beta 2.22.25.10 update for Disappearing Messages has been made available to more testers. Apart from this, the new shortcut feature can also be accessed from the Manage Storage section. In this way the new feature can help in saving phone space. However, WhatsApp has not officially confirmed the picture-in-picture mode or the shortcut mode.

Share
Facebook
Twitter
Pinterest
WhatsApp
Previous article
The most painful phase of Shani Sade Sati will be on this zodiac on the new year, know the solution
Next article
KL Rahul in the footsteps of Rahul Dravid, what he said two years ago, he is now doing

Flag meeting for peace after the faceoff between India and China soldiers, know how the situation is now

Objectionable documents were planted in Father Stan Swamy’s laptop, revealed in US report