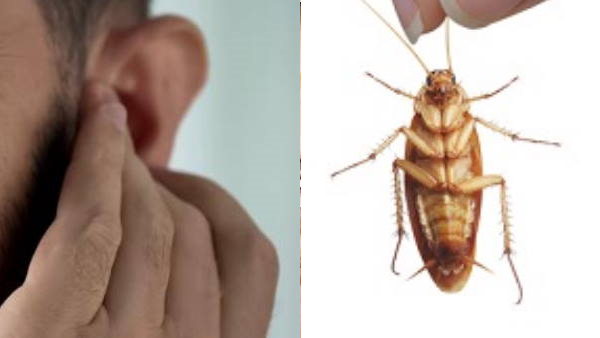 This man named Jane Wedding told that on 7 January he went swimming in Auckland. After swimming, he felt that there was a problem in his ear. He felt that the water had gone into the ear and in this he spent three to four days. During this, Jane kept trying to dry the ear with the dryer. He came to know about the truth only when he went to the doctor.

Even the doctors were surprised

When the doctors examined Jane’s ear and with the help of a minor surgery, took out the cockroach from her ear, they were also surprised. The team of doctors was surprised to see that how such a big worm got inside the ear and not only did it go, but it also remained alive inside for three days. On examination, the doctors found that he was also making movements in the ear.

When Tejashwi made a dirty allegation on Bigg Boss, Salman got furious, said – in the plate in which you eat…

Cockroach could be removed after a lot of effort

According to media reports, the team of doctors had a lot of difficulty in taking out this cockroach. The cockroach was so big that it was pulled out in several pieces. After this surgery, Jane is now out of danger. Jane has given information about this on Facebook.

Government panicked after seeing the speed of pregnancy of girls in lockdown, schools and colleges reopened