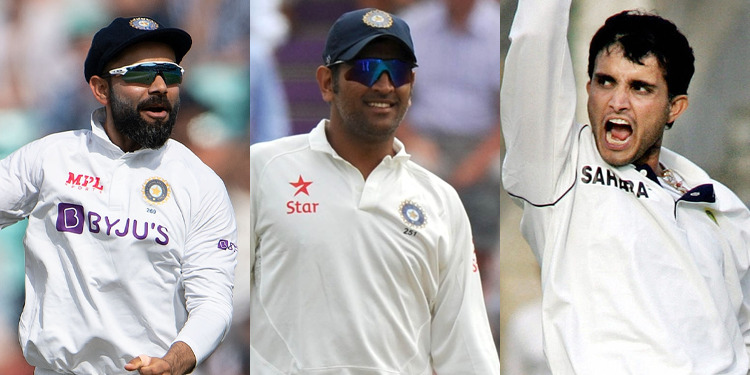 Virat Kohli quits captaincy: After leaving the captaincy of T20 and ODI, today Virat Kohli also left the captaincy of the Test team. Kohli gave this information on social media. During his captaincy, Team India won 40 matches and with this Kohli got India the most victories as the captain of the Test team. In this match, Kohli has also left behind former India captain Mahendra Singh Dhoni and Sourav Ganguly. Stay connected for the latest sports news – hindi.insidesport.in

Virat Kohli quits captaincy: Kohli tweeted about his step down from the captaincy. Mahendra Singh Dhoni retired from Tests in 2014 during the Australia tour. After this the command of the Indian Test team was handed over to Virat Kohli. Kohli is India’s most successful Test captain. He has captained the Indian team in 68 Tests. Out of this, India has won 40 matches and lost 17 matches, while 11 Tests were drawn. MS Dhoni is the second name in the list of most successful Test captains of India. Mahi captained in 60 Tests and out of which Team India won 27 matches. India lost 18 and 15 Tests were drawn.

Under the captaincy of Virat Kohli, India has won 40 matches out of 68 matches from 2014 to 2022 and lost 17 matches. The team also played 11 match draws during this period. Virat’s win percentage of 58.82 is higher than the legends like former captains Sourav Ganguly, MS Dhoni and Mohammad Azharuddin.

Virat Kohli quits captaincy: Virat Kohli has been the cricketer who has captained the most number of Tests for India. Kohli is at the 6th position in terms of captaincy in most Test matches. He is ahead of Graeme Smith of South Africa, Allan Border of Australia, Stephen Fleming of New Zealand, Ricky Ponting of Australia and Clive Lloyd of West Indies.

Elimination Chamber to be held in Saudi Arabia this year

Rohit Sharma is working hard in NCA, wants to overcome this shortcoming

IND vs SA LIVE: Mohammad Siraj calls Virat Kohli a ‘superhero’, says- you will always be my captain