HomeLife styleVideo: It is not for nothing that Virat is called 'King Kohli',...
Life style

Video: It is not for nothing that Virat is called ‘King Kohli’, see for yourself You might also be surprised to hear this. Yes, Virat Kohli is also a singer. If you don’t believe then watch this video yourself. 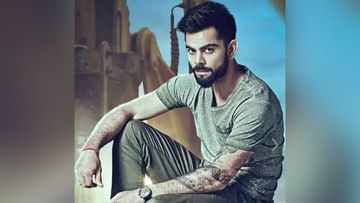 Virat Kohli, the star player of the Indian team, is known for his fitness as well as his style of play. Let us tell you that Virat Kohli is quite a fitness freak. Other people also get inspired by his fitness. But if you ask Virat Kohli Not only does he play good cricket, but he also sings well, so maybe you will also be shocked to hear this. Yes, Virat Kohli is also a singer. If you don’t believe then watch this video yourself.

One of his hidden talent.🎤#ViratKohli singing “Jo Wada Kiya Wo, Nibhana Padega..🎶

Virat Kohli had told during an interview that in the last few years I have changed my eating and drinking habits and have become quite disciplined. What to eat, what not to eat, it is very easy for me. I do not allow processed sugar and gluten in my diet. Apart from this, I avoid taking dairy products as much as possible.

Share
Facebook
Twitter
Pinterest
WhatsApp
Previous article
Interstate dispute over Belagavi will become a big problem for BJP in Karnataka, read the whole matter
Next article
Suryakumar used to listen to ‘taunts’ for batting, still did not change his style, revealed

Unadkat’s first reaction on his return after 12 years, answered everyone from Surya to RR