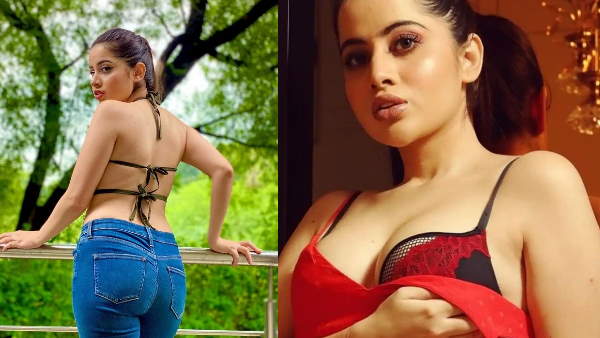 Urfi Javed increases the heartbeat of fans in viral video

In the viral video, Urfi is first seen in a simple look. She is seen in long t-shirt and white pants but as soon as she claps, she increases the beats of fans in her bold look dress.

In the video, she is seen in a red color designer dress, in which she is looking very hot and glamorous. Urfi has shown such acts in front of the camera, which can make anyone intoxicated. Urfi Javed has shared this video from his Instagram account.

The song Hum Pyaar Karne Wale Hain is heard in the background of the video. Posting the video, it was written in the caption that there is no non-fiction of love. His fans are reacting fiercely to this post of Urfi.

Recently Urfi came in the discussion about her post.

Let us tell you that a few days ago, Urfi Javed had made a post about Hindu-Muslim, which was very much discussed. While sharing a post in Insta Story, Urfi had told himself to be of every caste and religion.

He wrote that if you hate Hindu even being a Hindu, then I am a Hindu. If you hate a Muslim by being a Muslim, then I am a Muslim. If you consider a person to be a lower caste then I am a Dalit by birth.

Urfi wrote that I will remain as I am

Next to this, Urfi Javed wrote that I am such a person, whom you can hate. It is you who can change yourself, for the peace of my mind, I am who I am and will remain as I am. You live in peace or you keep suffocating in hatred.