HomeNational NewsTook away from India and dug his own grave, 'Ghazi attack' scares...
National News

Took away from India and dug his own grave, ‘Ghazi attack’ scares Pakistan in dreams

Pakistan’s Air Force attacked India on the evening of December 3. Fighter jets of his Air Force targeted 11 air force bases in the north-western regions including Agra. 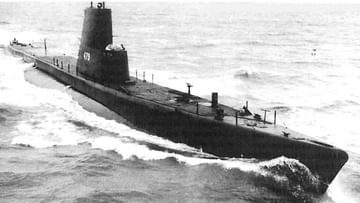 mess with india always Pakistan has cost dearly. Whenever he remembers the 1971 war, he must have lost his sleep. The Indian Army had destroyed his nefarious intentions and strategies in the blink of an eye, before he could understand anything, the ground had slipped under his feet and he was left wondering what to do and where to go… because today’s On the day i.e. 4 December, the Indian Navy buried its submarine PNS Ghazi under the sea. It did not take any time for the Indian warbanks to dig his grave.

India had given the biggest injury to Pakistan on the second day of the war, due to which its back was broken. It has been told that about 90 people were aboard the submarine. All of them got absorbed in the sea. This strike of the Indian Navy was considered the top strategy for military victory. The Indian Navy surrounded it on the western front and attacked the Karachi port on the night of 4 December, in which its navy had to suffer heavy losses. The destroyer PNS Khyber and the minesweeper PNS Muhafiz of the neighboring country were sunk by this attack. At the same time, PNS Shahjahan was completely destroyed.

The Indian Navy, under the leadership of INS Vikrant, had laid a trap and its Eastern Command had set up a blockade. Due to this, East Pakistan was completely isolated in the Bay of Bengal. Pakistan was troubled by the blockade and decided to send PNS Ghazi, the best submarine in its inventory. Two objectives were kept behind sending Ghazi, in which the first target was to find and sink INS Vikrant and the second was to lay mines on the eastern seaboard of India.

Actually, without PNS Ghazi, Pakistan Navy could not have disturbed Vikrant’s operation in East Pakistan. Although the condition of his old submarine had already deteriorated because there was no money for its good maintenance. In such a situation, his submarine went to compete with India, but on the way, his work was completed near Visakhapatnam, in which he suffered a huge loss and almost half of the war was won by India.

Earlier, Pakistan’s Air Force had attacked India on the evening of December 3. Fighter jets of his Air Force targeted 11 air force bases in the north-western regions including Agra. The country had no idea that Pakistan would take such a step. This act of his had dug his own grave. The then Prime Minister Indira Gandhi addressed the nation the same evening and while giving a message said that air strikes from Pakistan are announced to attack India.

Now the Indian Air Force decided to take immediate action by tightening their gear and retaliatory action started on Pakistan in the night itself. Pakistan’s condition kept getting thinner in no time. The conflict between the two countries lasted for 13 days and on 16 December, Pakistan surrendered to India and East Pakistan became independent, which is today known as Bangladesh.

India China Border Row: Hunter of India on the trick of the dragon. ABP News

Congress won Himachal by only 37,974 votes

Blast in Chinese phone, explode while playing video game, you too may have to face these mistakes