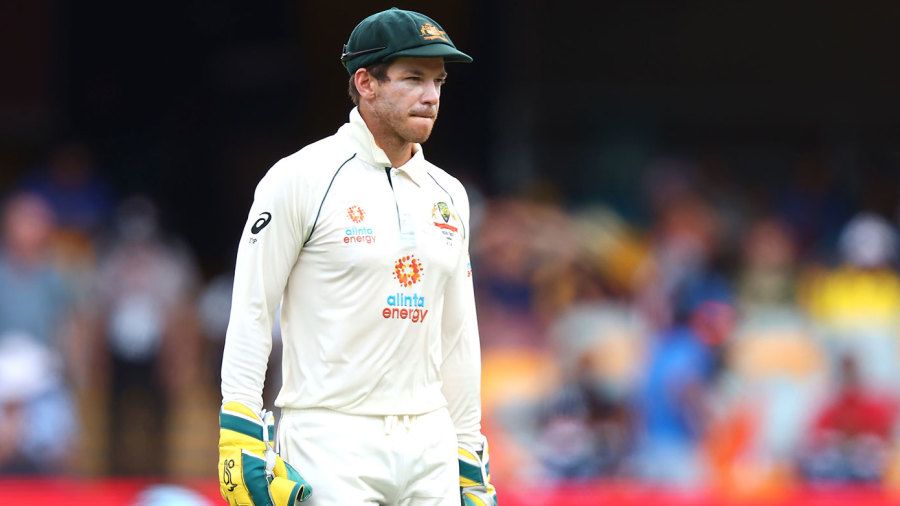 Tim Paine sexting scandal, Ashes Series 2021-22, (ENG vs AUS): The career of Tim Paine, who resigned as the captain of Australia, is almost on the verge of ending. Because he has decided to take leave almost two weeks before the start of the Ashes series. Stay connected for the latest sports news hindi.insidesport.in

Tim Paine will not be seen playing in the first Ashes Test. Because Cricket Tasmania announced that the recently resigned Test captain is taking a ‘leave of absence’ for the foreseeable future.

Tim Paine sexting scandal, Ashes Series 2021-22, (ENG vs AUS), australia Captain : Ahead of the Ashes series between Australia and England, Test match captain Tim Paine had to resign from captaincy for sending obscene messages to his female partner. The Ashes series match between Australia and England will be played at the Gabba from December 8, for which Tim Paine was likely to be selected as a wicket-keeper in the team.

A statement issued by Tasmania on Friday morning said: “After discussions over the past 24 hours, Tim Paine has advised Cricket Tasmania that he will take a leave of absence from all forms of cricket for the foreseeable future”.

Tim Paine resigns, Ashes series, Tim Paine career, Ashes series, Australia Captain: However, because of this matter, he has decided to take a break for the foreseeable future. This decision of Tim Paine means that his career has reached the verge of ending and now Australia will be looking for a wicketkeeper. Because Penn was a very favorite wicketkeeper for the Test team.

Earlier, Australia spinner Nathan Lyon said on Thursday that Tim Paine, who stepped down as captain after sending an objectionable message to a female colleague, would be included in the playing XI for the Ashes series against England. The inclusion will not distract the attention of the host team. Lyon’s reaction came after former captain Ricky Ponting’s remarks that the inclusion of Paine in the team could divert players’ attention as the ongoing discussion about him is yet to end. Stay connected for the latest sports news hindi.insidesport.in