HomeNational News'This is India's strength, the country's voice is heard seriously on the...
National News

‘This is India’s strength, the country’s voice is heard seriously on the world stage’, said Lok Sabha Speaker 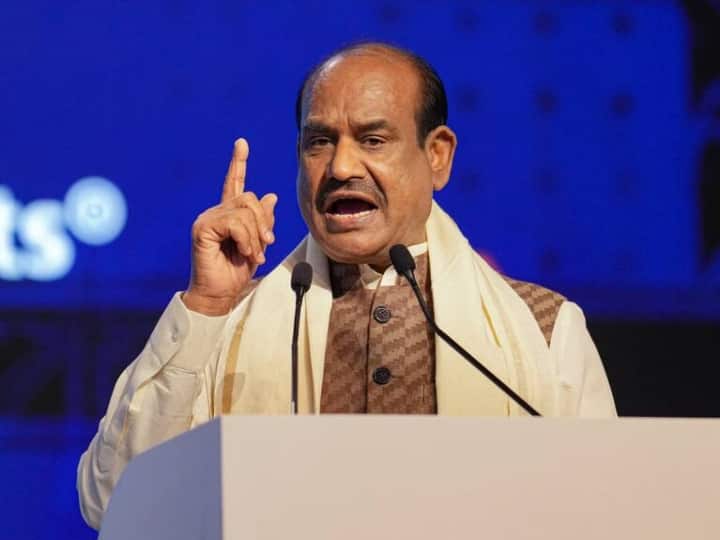 Lok Sabha Speaker Om Birla: Lok Sabha Speaker Om Birla said on Saturday that the world sees India as the voice of those countries which have been left behind in the changing global order. Birla, while delivering the ‘Rajendra Prasad Memorial Lecture’ on All India Radio, said that India has achieved this honor by providing vaccines and other assistance to more than 150 countries during the Corona pandemic. He said, “What can be a bigger example of Vasudhaiva Kutumbakam than this. India not only cared for its own people, but also stood by other countries in times of need.

Lok Sabha Speaker said, the world calls it India’s vaccine diplomacy (vaccine diplomacy) but for us it is the principle of Vasudhaiva Kutumbakam, which does not differentiate between us and them. He said that India’s G-20 presidency is a proof of the country’s growing stature on the world stage. India has assumed the presidency of the G-20 for one year, from 1 December 2022 to 30 November next year. During its chairmanship, India will hold 200 meetings in 32 different regions at multiple locations across the country. The G-20 summit to be held in the country next year is one of the highest profile international gatherings to be hosted by India.

‘The world is accepting India’s ideas’

Birla said, “It is the strength of our Indianness that the voice of the country is heard seriously on the world stage. The specialty of India’s Amrit Kaal is that the world accepts the ideas of India. The world believes that India can effectively put on the world stage the views of countries that have been left behind in the changing global order. The period of 25 years has been described as Amrit Kaal.

Share
Facebook
Twitter
Pinterest
WhatsApp
Previous article
Navy Day: Navy Day is related to victory over Pakistan in 1971 war, know in detail
Next article
Know where is your polling station in MCD elections with just one SMS, this is the way

Watch: Adivasi saw a fair human being for the first time, will be laughing after seeing the reaction

Owaisi furious over Ajmal’s statement of marriage of Hindu girls at an early age, said – let them decide themselves

Year Beginner: Follow these habits in the year 2023 for a healthy lifestyle