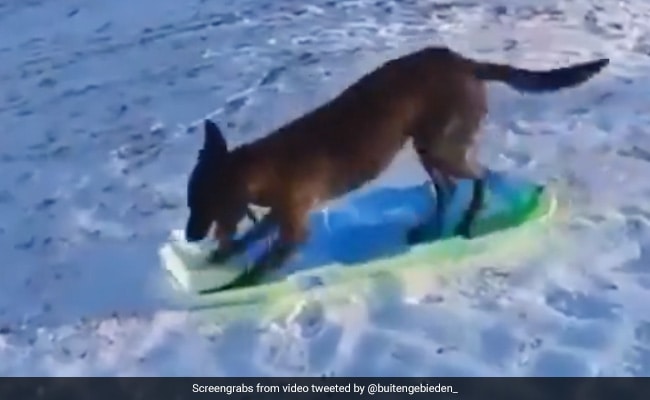 In the world of social media, there is often a shadow of some viral video. People learn a lot from viral videos. Recently, a viral video is making a splash on social media. Your heart will go crazy after watching this video. There is so much in the viral video that a dog is skating by himself. He is having fun with the skating board again and again. It is very exciting to see such videos in today’s time.

The dog is having fun.. pic.twitter.com/whQDvXHPOq

In the viral video, a dog can be seen having fun with a skating board on the ice. He is having so much fun that people seem very happy. After watching the viral video, people are sharing it.

This video has been shared from the Twitter page named buitengebieden_. This video was seen by 87 thousand people, while comments of many people are visible on this video.