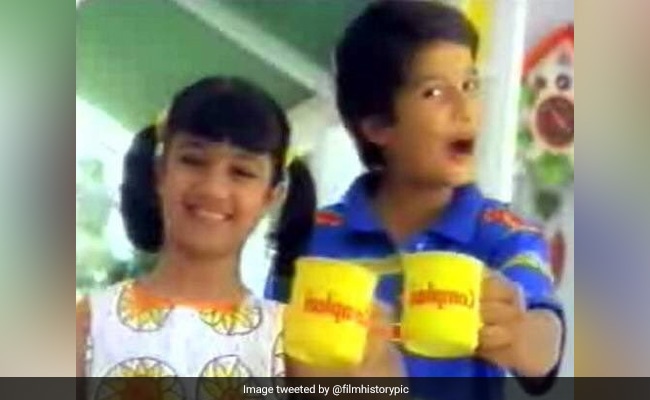 These children grew up to become a big star, know if you tell the name

There are also many Bollywood stars who had stepped into the world of entertainment in their childhood. Of course, we may have seen him many times in childhood, but when we grow up, this identity of him has been removed from our memory. So let us refresh your memories. The Bollywood star, who appeared as a heroine in the Bollywood film Wanted and as a hero in Jab We Met, had appeared in Complan’s famous ad as a child, and also became very popular through this advertisement.

Maybe you must be remembering which stars we are talking about. These stars are none other than Ayesha Takia seen in Wanted with Salman Khan and Shahid Kapoor seen with Kareena Kapoor in Jaw Be Met. Both these films were super hit, and also made strong records of earning at the box office. But he was seen in this famous advertisement in childhood.

Let us tell you that Shahid Kapoor is the son of famous actor Pankaj Kapoor, and he was associated with the world of cinema since childhood. Talking about his upcoming films, he will be seen in Jersey. Although the film was to be released on December 31, but due to the restrictions imposed due to Corona, the film’s release has been postponed. At the same time, Ayesha Takia has been a well-known name of South Cinema. He made his Bollywood debut with the film Tarzan – The Wonder Car. She has been a popular face of Bollywood.