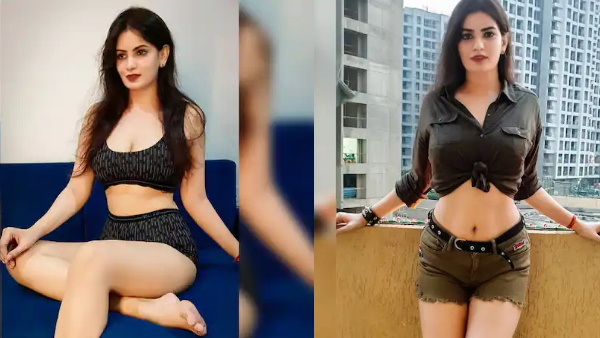 Arshi Bharti is dominated on social media these days.

By the way, there is no shortage of stylish and glamor in the show ‘Taarak Mehta Ka Ooltah Chashmah’. From Munmun Dutta to Sunaina Faujdar, many beautiful faces are making their presence felt in the show. But with this new stylish and glamorous actress Arshi is now joining the show. Arshi Bharti is dominated on social media these days due to her beauty and stylish style.

Was seen in Arjun Kapoor’s film

Arshi Bharti’s entry in this show has been made as the secretary of Mehta Sahab’s boss. Arshi Bharti is originally from Jamshedpur. Her full name is Arshi Bharti Shandilya. Arshi is just 22 years old now. Before the famous TV show, Arshi has also appeared in Bollywood films. Before ‘Taarak Mehta Ka Ooltah Chashmah’, Arshi Bharti has worked in Arjun Kapoor’s film ‘Panipat’.

Arshi will soon be seen in these films

Arshi Bharti is now making her debut in the TV world through ‘Taarak Mehta Ka Ooltah Chashmah’. Arshi Bharti Shaandilyaa’s father Rajesh Bharti is an astrologer and mother Sunita Bharti is a regional singer. According to Famous People India World, the actress is currently the brand ambassador for Abhik Bhanu’s Paperback, with whom she is doing 3 films. There is a film ‘Lal Diggi’ which will be with actor Ravi Kishan.

Nia Sharma was doing pole dance when she fell down, people said – if you fall, your teeth will break

Many artists left the show

What is the attitude of former minister Imarti Devi? Thrown out of the car instead of wearing a mask, Video Viral

Chris Gayle’s reign in IPL ended, know what the legend said if he was not named in the 15th season

Uttar Pradesh elections: Situation of confrontation in the SP-RLD alliance in western UP