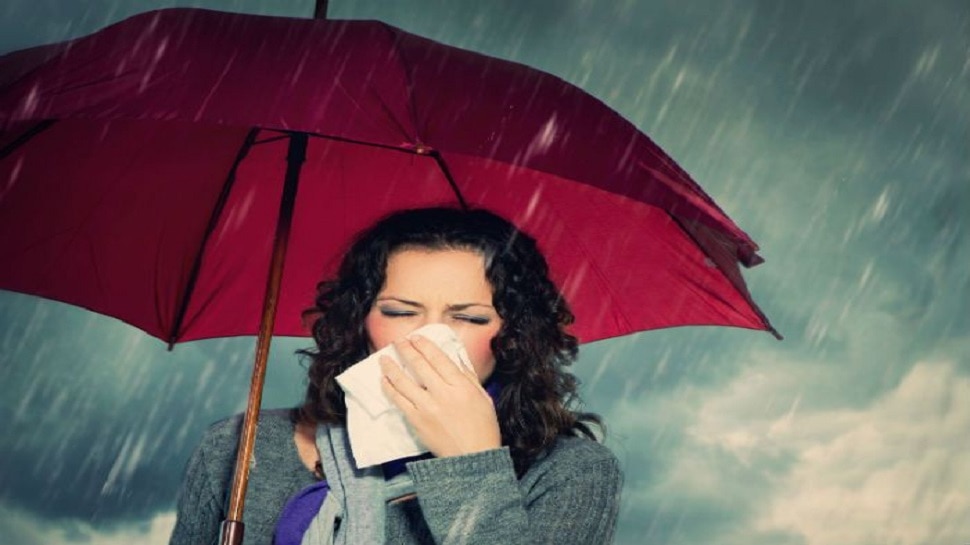 Monsoon has entered many parts of India and will reach many parts in the coming few days. Right now the attention of the whole country is engaged in the prevention of corona virus. But do you know that amidst the fear of Kovid-19, the rainy season can welcome many dangerous diseases. These diseases can be caused by water logging due to rain, dirt, insects or mosquitoes. If you keep knowledge about these diseases that occur in the rainy season, then you can prevent them in a better way. Come, let us know about 10 diseases that occur during the rainy season.

Also read: Corona virus may be present at these places in the restaurant, be careful before Dine In

10 dangerous diseases caused by monsoon
Due to excessive rains in monsoon, water starts filling in places. Where there is a greater possibility of breeding of dirt, mosquitoes or insects. The rainy season also increases the risk of infection. Come, let’s know about these diseases.

1. Dengue- Talking about the disease caused by mosquitoes during the rainy season, dengue has been the biggest outbreak in the last few years. This disease is spread by the bite of Aedes aegypti mosquitoes. Headache, fatigue, joint pain, decreased platelets, etc. can be symptoms of dengue.
2. Yellow Fever- The Aedes aegypti mosquito also causes yellow fever. In this fever, the symptoms of jaundice also start appearing inside the patient. However, cases of this fever are rare to be seen in India. In this, problems like fever, nausea, vomiting, headache start occurring.
3. Malaria- Before dengue, there was a lot of fear of malaria in the minds of people. Due to the rains, a large number of cases of malaria were seen. The disease is spread through the bite of an infected female Anopheles mosquito. In this also symptoms like fever, headache, vomiting are seen.
4. Chikungunya- After Dengue, Chikungunya cases have also seen an increase in India. Chikungunya also spreads through the bites of mosquitoes carrying dengue and yellow fever. Symptoms of this disease include fever, joint pain, skin rash, etc.
5. Lyme Disease- This disease is mainly caused by Borrelia burgdorferi bacteria. Which is spread through the bite of infected black legged insects. Cases of this disease are also rarely seen in India.

Also read: Give These 5 Homemade Healthy Drinks To The Baby In Summer, It Is Important For Their Growth
6. Cold and Flu- Many bacteria and viruses remain alive in the environment during the rainy season. Which enter our body through nose, mouth or eyes and make the body sick. Due to this, problems like cold-cold, cough, fever may have to be faced.
7. Cholera- Consuming food or water contaminated with a bacterium called Vibrio cholerae can cause cholera. Due to this, the symptoms of diarrhea start appearing in the body and you may have diarrhea, stiffness in the legs and vomiting.
8. Leptospirosis- This disease increases significantly during the monsoon (monsoon). Its cases were seen in India during 2013. This disease occurs due to the presence of bacteria called Leptospira in the urine and stool of animals. Which can be spread to humans or other animals by coming in contact with infected urine-stool of animals. The main symptoms of this disease include loss of appetite, lower back pain, cough etc.
9. Hepatitis A- Like cholera, hepatitis is also caused by consumption of contaminated water or food. Liver is most affected due to this disease. In this, problems like fever, vomiting etc.
10. Typhoid- Cases of typhoid fever increase during the rainy season. Which is caused by Salmonella typhi bacteria. Due to this disease, there may be problems in the body like headache, fever, loss of appetite, constipation, diarrhea etc.

Also read: With the help of stale rice, take keratin hair treatment at home, thousand rupees will be saved

The information given here is based on general assumptions.

Beauty Tips: Neem and curd are very beneficial in skin related problems, use this way

Benefits Of munakka: The secret of men’s health is hidden in 10 raisins, do it at this time, you will get amazing benefits

Leander Paes and Mahesh Bhupathi team up with ‘Break Point’ to tell their off-court story...

How did Shweta Tiwari get perfect figure after pregnancy? Learn the weight loss secrets...

Mandira Bedi came out of the house for the first time after the death of...