HomeNational NewsThe person carrying the daughter was also killed along with the gangster,...
National News

The person carrying the daughter was also killed along with the gangster, the person taking responsibility is active on social media 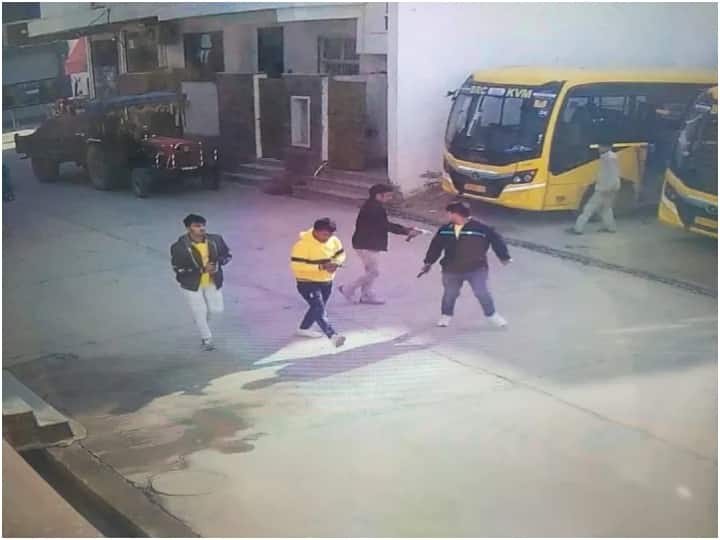 Rajasthan Raju Theth Killed: An innocent person including notorious gangster Raju Thehat also lost his life during the firing in Sikar, Rajasthan on Saturday (December 3). One person has also been injured in this incident. The responsibility of the murder has been taken by a member of the Lawrence Bishnoi gang. The person taking responsibility is active on social media and is continuously posting posts. Gangster Raju Thehat was fired upon in the morning in front of his house on Piprali Road in Sikar, in which he died.

Police said that the attackers have been identified and raids are being conducted across the state to arrest the culprits. The second person killed in the incident has been identified as Tarachand Kadwasara, who had taken his daughter to the area for admission to a coaching centre. His cousin was also injured in the firing. The place where the incident took place, there are many hostels and coaching centres. According to sources, the brother of gangster Thehat also runs a hostel there.

According to a police officer, Thehat was hit by three bullets. He had enmity with another gang in the Shekhawati region of the state. In multiple video footage captured on CCTV cameras, the four accused can be seen shooting Thehat on a road and then fleeing from the spot. In one of the videos, an attacker also fires in the air to scare passers-by.

Soon after the Raju Thehat murder, a man named Rohit Godara claimed responsibility for the attack on Facebook, saying that Thehat’s murder was revenge for Anandpal Singh and Balbir Banuda. The accused has described himself as a member of the Lawrence Bishnoi gang. Banuda, a member of the Anandpal gang, was killed in a gang war in Bikaner jail in July 2014.

After the post claiming responsibility for the murder, Rohit Godara again posted a post on social media and expressed grief over the death of Tarachand Kadwasara. Rohit Godara wrote that there is no regret for killing Raju Theth, but there is sorrow over the death of innocent Tarachand. I apologize to his entire family and society for this incident. I will try to support his family in every way. We are sorry for his demise. The supporters of Thehat have called for a bandh in Sikar and demanded the arrest of the killers soon.

After the defeat in Delhi MCD, Adesh Gupta told the reason for his resignation, also said this about AAP

Overwhelmed by the victory, AAP workers raised slogans – only one era of corruption… Kejriwal