HomeNational News'The more he abuses, the lower he will fall...' BJP-Congress war of...
National News

‘The more he abuses, the lower he will fall…’ BJP-Congress war of words over Kharge’s Ravana statement 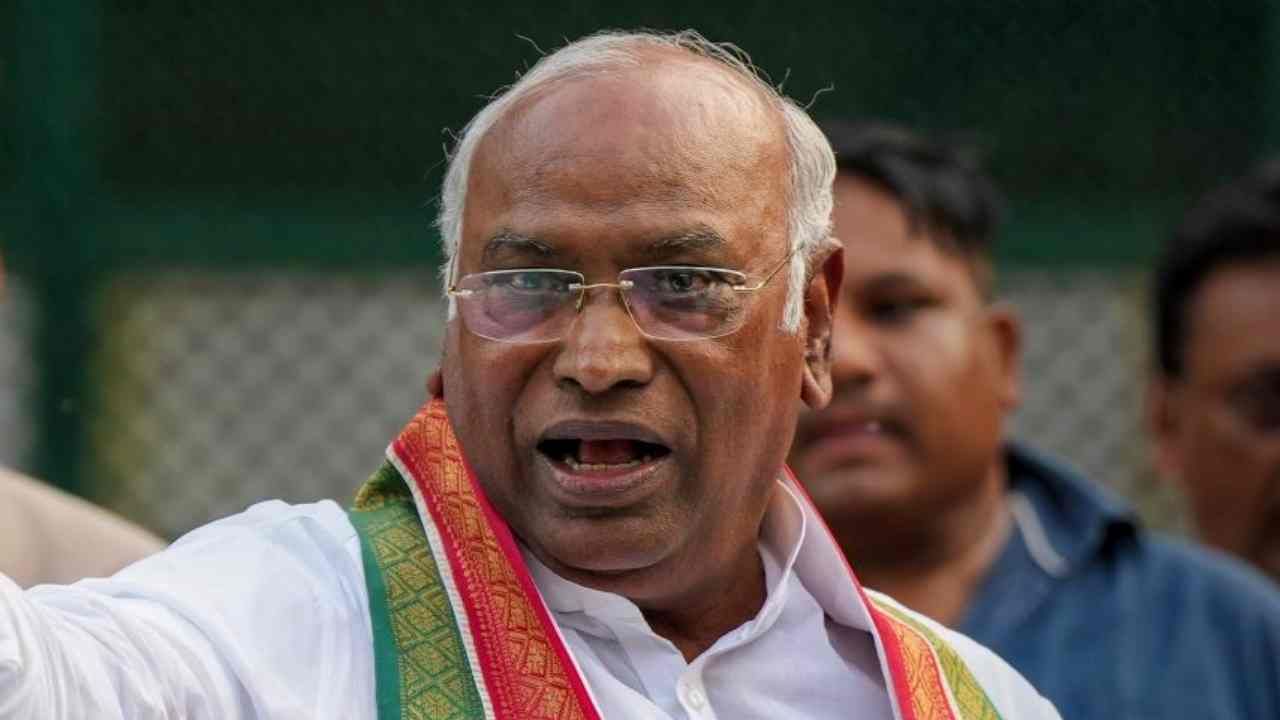 In a tweet, Chief Minister Bhupendra Patel said, without any development agenda and support of the people, the Congress is bent upon abusing Gujarat and Gujaratis. congress president Mallikarjun Kharge Of Gujarat during the election campaign Prime Minister Narendra Modi Controversy has started with the statement about Ravana. BJP has reprimanded him for this statement and appealed to the public to avenge this insult of the son of Gujarat in a democratic way.

At the same time, Amit Malviya, head of BJP’s IT cell, has also expressed strong objection to this statement of Kharge. He said, Congress national president Mallikarjun Kharge, unable to bear the heat of the Gujarat elections, lost control of his words and called Prime Minister Narendra Modi ‘Raavan’. From “Death merchant” to “Raavan”, Congress has been insulting Gujarat and its son..

What did CM Bhupendra Patel say?

At the same time, Gujarat Chief Minister Bhupendra Patel claimed that this comment shows the hatred of the opposition party towards Gujaratis. In a tweet, Chief Minister Patel said, without any development agenda and support of the people, the Congress is bent upon abusing Gujarat and Gujaratis.

Patel said, the statement given by Kharge ji against the Prime Minister is a proof of his hatred towards Gujaratis. The people of Gujarat will reject him this time also for such behaviour.

Addressing reporters at the BJP headquarters, BJP spokesperson Sambit Patra said that it is not appropriate for the Prime Minister to use such language, that too for a Gujarati son. He said, this is condemnable and somewhere else it reflects the mentality of the Congress.

At the same time, Congress has also attacked BJP and said that BJP’s attack on Kharge shows its anti-Dalit mentality.

What was Kharge’s statement?

Kharge addressed a rally in Baharampura area of ​​Ahmedabad city on Monday night, where he said that the Prime Minister asks people to vote by seeing his face in all elections. Kharge said, are you having 100 heads like Ravana.

Addressing people in Baharampura area under Congress-held Danilimda seat, Kharge had said that in every election, votes are sought in the name of Modi rather than the performance of local candidates or the government. Kharge said, Modi tells people to ignore everything and vote keeping his face in front of their eyes. I wonder how many times we get to see your face? People have to see your face during municipal elections, then in assembly elections and also during elections to elect MPs.

The Congress President said, everywhere you want us to see your face. Why? how many faces do you have Are you 100 headed like Ravana? I do not understand this.

Share
Facebook
Twitter
Pinterest
WhatsApp
Previous article
Sports Awards will be given tomorrow at Rashtrapati Bhavan, Achanta Sharat will get Khel Ratna
Next article
Air Force connecting people through IPEV, complete information is present in the bus itself, know everything

What did Asaduddin Owaisi say on Gujarat election result? AIMIM got less votes than NOTA

PM Modi said – Festivals like Sangai give a boost to the local economy, culture also gets strengthened