The girl seen in ‘sexy dress’ has become a case, the court said – it is ‘shameful’, jailed for 2 years 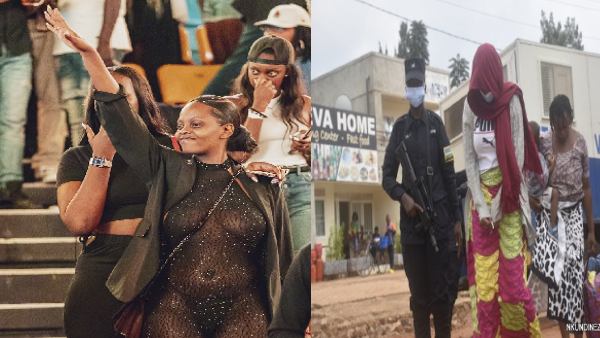 There is a lot of strictness regarding women in Rwanda. This country is also known for its strange laws and regulations. There are strict laws regarding the dress of women. Violation of which is also punishable with severe punishment. A 24-year-old girl has been sentenced to two years in prison for wearing an obscene dress.

The African country Rwanda is known for its strict laws. The reality of a dreaded prison here is shocking. Where prisoners kill and eat each other. At the same time, the court of this country has given a strict punishment to a woman. The court of Rwanda has sentenced him to 2 years in prison.

The dress was worn in the music party

24-year-old Rwandan woman Lillian Mugabekaji attended a music party. Where she wore a sexy outfit. Which was considered obscene in the language of Rwandan law. After which he was accused of violating the law. The matter reached the court and she was proved guilty. In the case, the court sentenced Lillian Mugabekaji to two years’ imprisonment.

Outrage over the arrest of the girl

Africa is the safest country for female travellers. But if we talk about the law regarding women in Rwanda, then this country is very harsh towards women wearing ‘obscene’ clothes. In the Lillian Mugabekazi case last Thursday, advocates said a 24-year-old woman arrested in Rwanda for wearing “shameful” clothing was sentenced to two years in prison for “public indecency”. The news of the arrest of Lillian Mugabekazi sparked outrage among some people in Rwanda. While government officials, including former Justice Minister Johnston Busingye, supported the move.

Lillian Mugabekaji was arrested on 7 August

Lillian Mugabekaji was arrested in Rwanda on 7 August at that time. Eight days earlier, the popular French musician had attended a concert by Taik. In which she wore a transparent dress. Prosecutors had accused Mugabekazi of displaying organs and wearing shameful clothes. In the court, there was a demand to send Mugabekaji on 30-day remand. On Tuesday, the court will pronounce its verdict on Mugabekaji’s bail in the case.