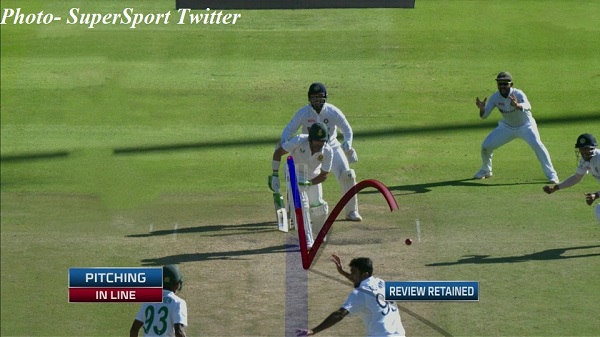 New Delhi: Captain Virat Kohli and his teammates vented their anger through the stump mic over the DRS’s decision involving South African skipper Dean Elgar. It was believed that the Indian captain could have faced heavy punishment or fine for this work, but for the third Test match, the Indian cricket team has been let off with a warning by match referee Andy Pycroft.

On the third day of the Third Test in Cape Town, Dean Elgar reviewed his dismissal decision against Ravichandran Ashwin’s bowling in the fourth ball of the 21st over of South Africa’s innings after being given out lbw by on-field umpire Marais Erasmus. The decision was reversed after the matter went to the DRS.

After this, the Indian players took out their anger fiercely. Virat Kohli was at the forefront of speaking, then R Ashwin and KL Rahul were also heard speaking. Kohli and Ashwin even went to the stumps to express their anger.

Pycroft is believed to have told the Indian team management that the players’ behavior was inappropriate and could result in a ban if such reactions were repeated. A Cricbuzz report said that the match referee did not see a case being made against Team India.

It is learned that Indian players evaded sanctions because their anger was against the technology and not against any official, and the ICC Code does not make any case for criticism of the broadcaster or technology.

When asked about the incident during the post-Test press conference on Friday, Kohli declined to comment.

As far as the match is concerned, Keegan Pietersen played a brilliant innings of 82 runs as South Africa beat India by seven wickets to win the decider of the series in the third Test at the Newlands Cricket Ground on Friday.