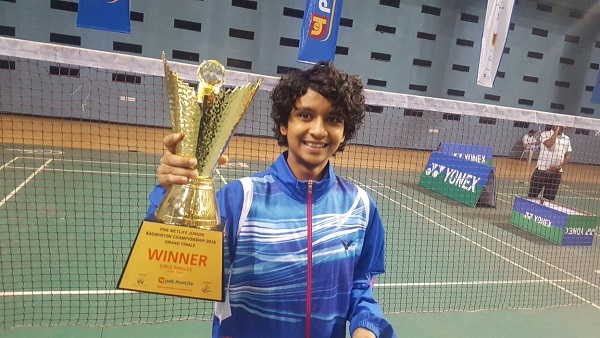 New Delhi: Sixteen-year-old Tasneem Mir on Wednesday became India’s first junior singles world No. 1 in badminton. Tamim has become the first Indian to achieve the first ranking. PV Sindhu and Saina Nehwal too had never been able to reach the No. 1 position at the junior level. Mir’s father Irfan Mir is a badminton coach and former player, while his brother Mohammad Ali Mir is a former state-level title winner.

After initially training at the Pullela Gopichand Academy in Greater Noida since 2017, Mir joined the Assam Badminton Academy in Guwahati in 2020 to train with his mixed doubles partner Ayan Rashid and continues to train there.

Mir told PTI that she did not expect the feat last year due to the impact of COVID-19 on the international badminton calendar, but is already focusing on taking the next step of moving from junior badminton to the major leagues. She said, “I will focus completely on the senior circuit from now on and look forward to playing in Iran and Uganda next month. My target now is to improve my senior ranking. If I can put in some good performances for another year If I can reach the top 200 by the end of 2014, that would be great.”

The youngster received much praise and recognition from public figures like Gujarat’s DGP Ashish Bhatia, Gujarat Cricket Association Vice President Dhanraj Nathwani and Minister of State for Railways and Textiles Darshan Jardosh for his rise in the rankings.