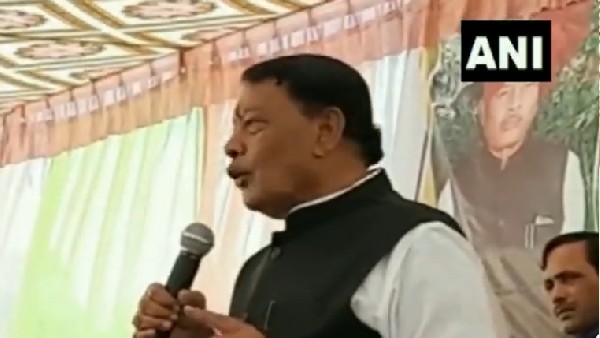 Bhopal, November 25: Bisahulal Singh, a minister and tribal leader in the Shivraj government of Madhya Pradesh, has once again given a controversial statement. Leader Bisahulal, who left Congress and joined BJP, said something about women in an event in Anuppur, after which the controversy may increase. Bisahulal Singh was addressing a program for women. During this, he said in his speech that big people like Thakur and Thakar lock their women in the closet and do not allow them to come out. In such a situation, their women should be caught and taken out.

In fact, Madhya Pradesh’s Food and Civil Supplies Minister Bisahulal Singh was addressing the ‘Nari Ratna’ award ceremony at Funaga Gram Panchayat in Anuppur district. During this, the minister said that Thakur-Thakar (upper castes) keep their women confined to their homes and do not allow them to work in the society. The women of Thakurs and other elders should be thrown out of their homes and work in the society to ensure equality. His statement has now gone viral on social media, you also listen…

The minister said something in the name of promoting both men and women equally, after which he seems to be embroiled in controversies. In his statement, the minister said, ‘Both should work equally. And especially all the big people, Thakur-Thkar and some other big people, they lock the women of their house in the closet, do not let them out.

The minister further said, ‘And the women of our village, who harvest paddy, wrap the angana, lift the cow dung. Oh brother, when men and women have equal rights, then both should do equal work. With this, he further said that all the women of the big house should also do it, only then all equality will come. If the women of Thakur and Thakar do not come out of the house, then they should be taken out by holding hands. Only then will women move forward.