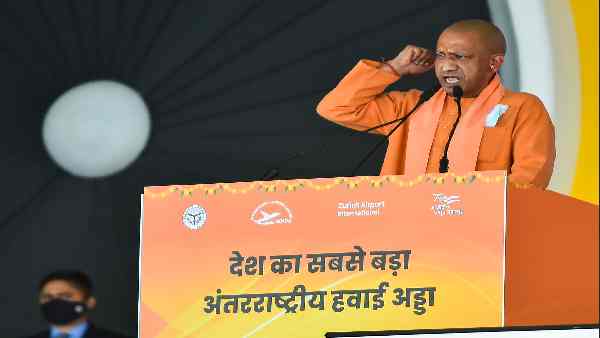 ‘Sweetness of sugarcane or bitterness of Jinnah’

Just before Prime Minister Narendra Modi laid the foundation stone of Asia’s largest Noida International Airport in Jewar, Uttar Pradesh, the Chief Minister of the state Yogi Adityanath raised the issue of sugarcane or Jinnah. He said that jewelery is known for its excellent sugarcane. ‘But some people converted the sweetness of sugarcane into bitterness, which created a chain of riots here…. Today the country has two options. I myself have come among you today to decide whether this country will give a new flight to the sweetness of sugarcane or whether Jinnah’s followers will get mischief to cause riots.

Controversy started with remarks made on Jinnah

In fact, before the UP assembly elections to be held next year, the issue of Pakistan’s founder Mohammad Ali Jinnah, who broke the country, has made a lot of headlines in the state. This issue has gained momentum this time ever since SP supremo Akhilesh Yadav compared Jinnah to national heroes. He had said, ‘Sardar Patel, Father of the Nation Mahatma Gandhi, Jawaharlal Nehru and Jinnah had studied in the same institute and became barristers. He had helped in freedom and never ran away from the struggle. His comment on Jinnah has gained momentum, but Akhilesh is not ready to take it back. It is very important for BJP to save the sugarcane belt. Because due to the farmers’ movement, there is a possibility of an atmosphere against the party in this area. That’s why Yogi has raised the issue of sugarcane and Jinnah, because it is according to BJP’s line.

According to the Ministry of Civil Aviation, the cost of construction of Jewar Airport Project is estimated to be Rs 15,000- 20,000 crore. In the first phase itself, a cost of about Rs 10,050 crore is likely. This airport will have two terminals. The first terminal will have a capacity of 30 million passengers annually and the second terminal will have 40 million passengers per year. According to the ministry, the construction of Terminal-1 and Terminal-2 will be done in a total of four phases. The work of Phase-I will be completed in 1,095 days, for which the date of 29.9.2024 is confirmed. On completion of the first phase, 12 million passengers will be able to move through this airport annually.