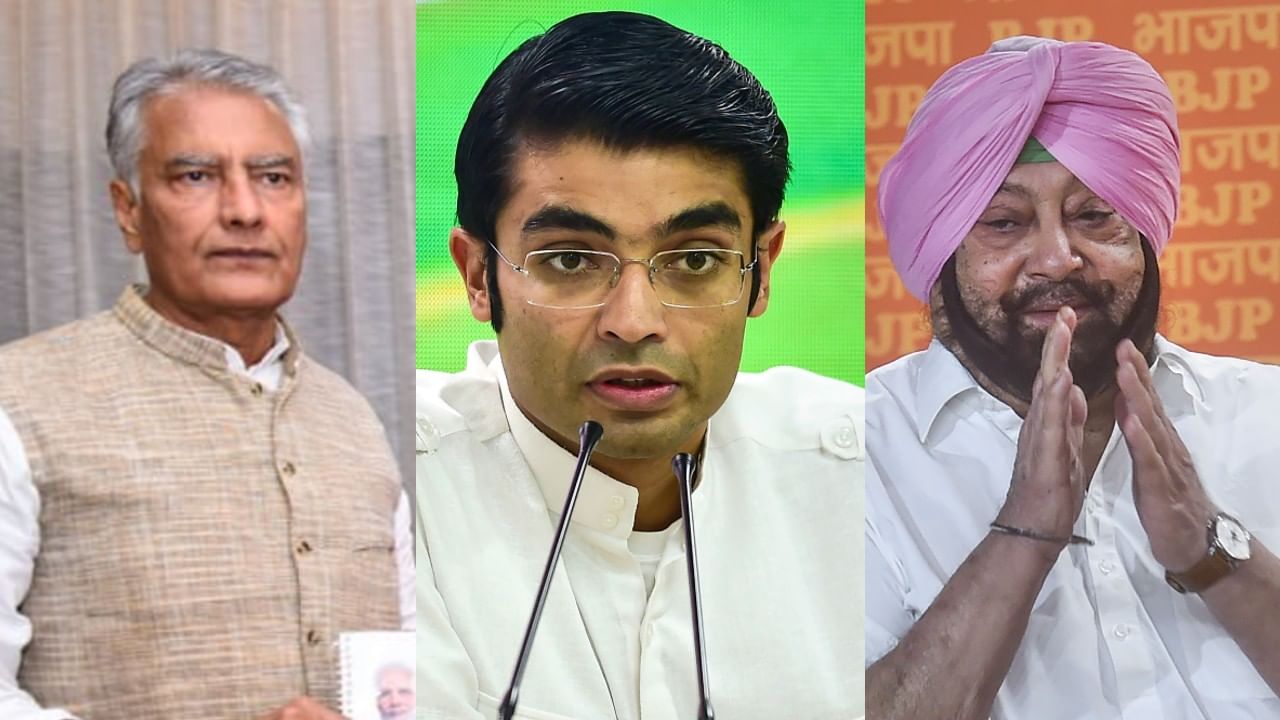 Most of the names of Punjab are in the list of office bearers released by the BJP on Friday. Apart from Amarinder Singh, Sunil Jakhar, former president of BJP’s Punjab unit Manoranjan Kalia has been made a special invitee member of the National Working Committee. BJP has given big responsibility to three big leaders of Punjab.

BJP has now started focusing on Punjab. In this sequence, 6 leaders of Punjab have been given a big responsibility on Friday by the party. These include three big names. This name is Jaiveer Shergill, Capt. Amarinder Singh and Sunil Jakhar. All three had left Congress and joined BJP. Former Punjab CM Captain Amarinder Singh and senior leader Sunil Jakhar have been appointed as members of the National Working Committee. Jaiveer Shergill BJP has made him the national spokesperson. He too had left the Congress. Apart from these, some leaders of Punjab have been appointed at the national level. In such a situation, it is clear that BJP is now busy preparing the way for victory in Punjab.

Most of the names of Punjab are in the list of office bearers released by the BJP on Friday. Apart from Amarinder Singh, Sunil Jakhar, former president of BJP’s Punjab unit Manoranjan Kalia has been made a special invitee member of the National Working Committee. Punjab’s own Rana Gurmeet Singh Sodhi and Amanjot Kaur Ramuwalia have also been made special invitees of the National Working Committee.

There has been a lot of emphasis on Punjab in these organizational appointments. Captain Amarinder Singh had joined BJP along with his supporters in September this year. He also merged his newly formed party Punjab Lok Congress (PLC) with the BJP. The BJP had contested the last elections to the Punjab Assembly in alliance with the PLC and the Shiromani Akali Dal (United) led by former Union minister Sukhdev Singh Dhindsa. However, not a single PLC candidate was able to win and Singh himself was defeated from his bastion Patiala city.

I am the successful Prime Minister of the country Mr. @narendramodi Yes, BJP @BJP4India National President of Mr. @JPNadda G and Home Minister Mr. @AmitShah I express my heartfelt gratitude to ji for appointing me as the national spokesperson of the world’s largest party. pic.twitter.com/CLqJPy0W2a

Chanakya Niti: Due to these 4 reasons problems can arise in life