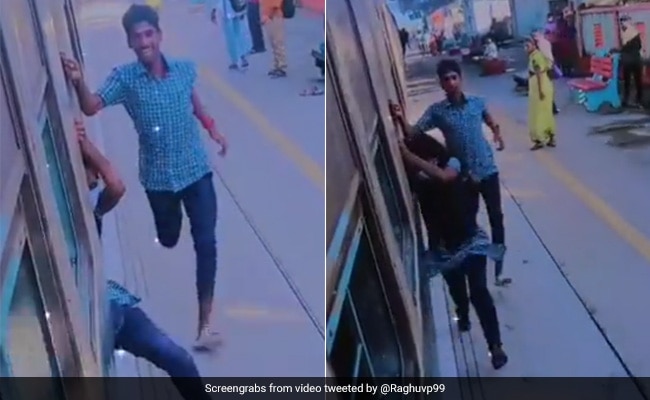 Many people have shared this video on social media.

Many people enjoy doing dangerous work too much. Despite this, many heart-wrenching news keeps on hearing these days. But some people are like a very smooth pitcher, which does not matter. These days a dangerous video of two children of such a school is becoming very viral on social media. In this video, both the children of the school performed dangerous feats by risking their lives.

In the video that is going viral on social media, it can be seen that a boy and a girl are seen doing dangerous stunts wearing school uniforms. In this video, two school students can be seen doing dangerous stunts along with a moving train. According to an information, this incident is of Kavarapettai railway station in Chennai. Where this incident has surprised people.

Also read: Now by scanning the QR code, you will be able to eat golgappas, you will also get rid of dirt..watch video

In the video, a boy and a girl in school dress are seen running along with a moving train. Both the students can be seen running on the platform hanging on the door. Then when the train is leaving the station, both of them board the train. Although not much information has been revealed about this video yet, but the Korukkupet police has started investigating the matter.

This video has been shared by Raghu VP. One user commented and wrote that it is called risking life. At the same time, another person wrote that most of the accidents are the result of human stupidity. Let us tell you that in the Internet world, such videos are being shared every day, which everyone gets scared after seeing.