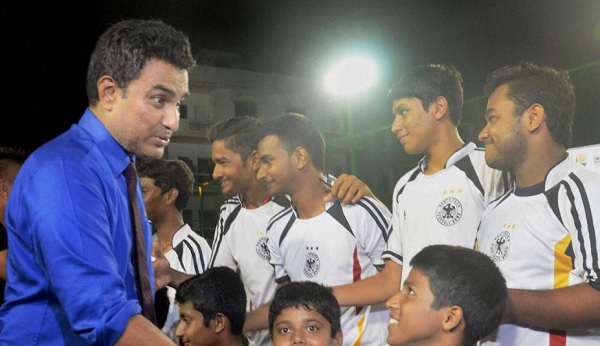 Speaking on Sports18’s show ‘Sports Over the Top’ as quoted by Hindustan Times, Manjrekar said that Ravichandran Ashwin will face tough competition from Axar Patel and Kuldeep Yadav to get a place in the playing XI.

Manjrekar said, “You have Chahal who makes sure to make room for spinners in current form. Then you have Axar Patel, you have Jadeja who can bowl a little bit. Hooda bowled an over in the last game, then you have Meet Kuldeep Yadav, you get Ravichandran Ashwin.”

35-year-old Ashwin has started to make an impact

Manjrekar also said that selecting Ashwin for the West Indies tour was a great decision. He also said that the 35-year-old has started making an impact.

Manjrekar said, “I think Ashwin’s selection on this tour was excellent. Ashwin has started showing his influence in the Indian T20 league in the last few years.”

The former India batsman also said that the combination of Ashwin and Chahal is working well for India at the moment and they work to take the pressure off each other.

Will take one wicket, stop the other run

Manjrekar said, “I like Ashwin. It’s a great pairing when he’s with someone like Chahal. You know, the job of a spinner in T20 cricket is to get wickets in the middle overs. That’s where Ashwin’s T20 spinners work. He focused a lot on the economy, but when you have someone like Chahal, or if there’s another wicket-taking wrist spinner, Ashwin becomes a big necessity because Ashwin has been economical in T20s. Have mastered the art of being. In the first T20, he got a few wickets which is a good thing, but that’s what you get with Ashwin, he will support the team’s main wicket-taker.”

Share
Facebook
Twitter
Pinterest
WhatsApp
Previous articleCM Mann will raise all the demands related to Punjab’s water, farmers’ loan and MSP in the meeting of NITI Aayog
Next articleRajnandgaon: Children are forced to study in 35-year-old dilapidated school, where many ministers and MLAs came out after studying