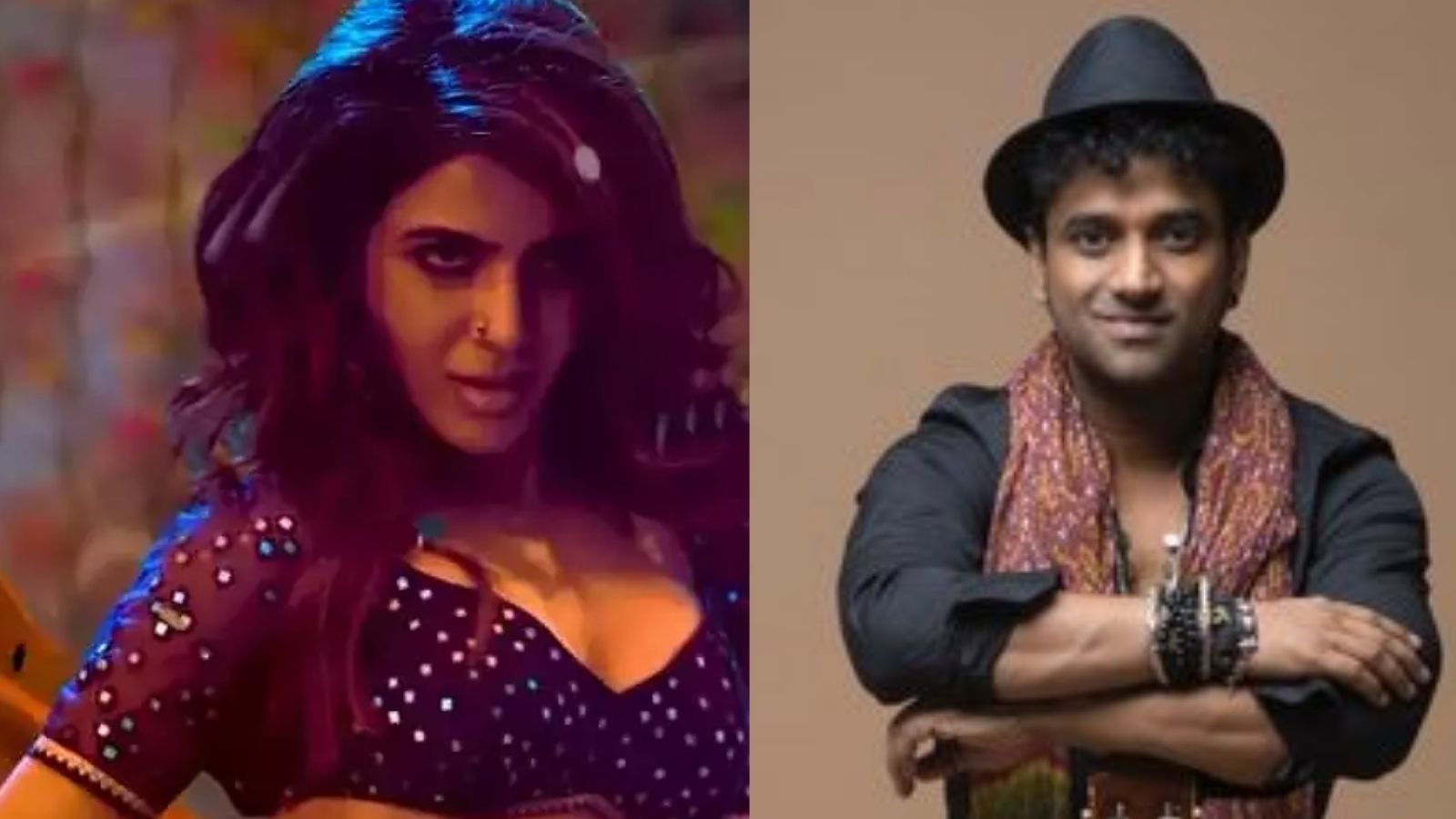 Allu Arjun and Rashmika Mandanna starrer ‘Pushpa’ directed by Sukumar is rocking the box office (Pushpa: the rise part 1). The film has recently been released on OTT in South and Hindi languages ​​as well. The story of this film is strong as well as its songs are also making a splash on the internet. While on the one hand many people are making videos by making dialogues spoken by Allu, on the other hand many reels on the item number (Samnatha’s Item Number) filmed on many girls and Rashmika’s ‘Saami-Sami’ (Saami Saami). Creating and sharing. The song ‘Oo Antava’ of the film was also in controversies against which a male group had demanded a ban on it and also filed a case.

Replaced the devotional song in Pushpa with an item song?

Recently, Pushpa’s music composer Devi Sri Prasad spoke to ET. He has composed the music for hit songs like ‘Oo Antava’, ‘Srivalli’ and ‘Sami Sami’ in the film. Meanwhile, he has expressed his reaction about the controversy surrounding the song ‘Oo Antava’. Let us tell you that a member of a political party objected to the song ‘Oo Antava’, claiming that a devotional song has been converted into an item number.

Replying to the political party that created controversy over the song, Devi Sri Prasad said, “It was not so.. Normally I was talking about an item song in a press meet, when someone asked me that you Why are you working on that item song to which I also replied that it is an item song, which for me is just a song and we have to complete it. If it is a love song, it will be the same.. If it is an item song, it will be an item song. On the other hand, if this devotional song will be the same.. For me this is a song, for this I will have to do everything possible. Be it devotion, love or item song for me, the composing process remains the same.

Musicians of Pushpa will give music to Ranveer Singh’s film

He further said, ‘These (political) people took ‘oo antva’ in a different context which was unnecessary.’ However, despite the controversies, the song and the film are being well-liked. Till now its Hindi version has earned Rs 100 crore and worldwide it has done business of Rs 332 crore. The music director of this film says that he is going to work on many film projects including Ranveer Singh’s ‘Circus’, ‘Pushpa 2’ and other singles.