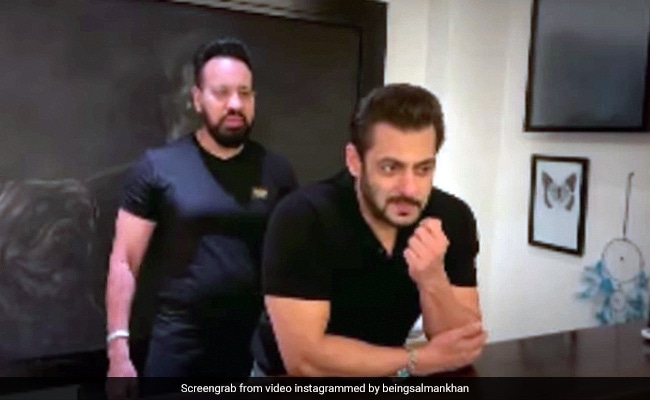 Salman Khan’s much awaited film ‘Antim’ is going to be released in theaters today i.e. on November 26. There is already craze among the audience about the film. Before the release of the film, Salman Khan has created a fun-filled video with his bodyguard Shera and shared it among the fans. In the video, Salman Khan does not like Shera’s style and he is seen saying that ‘Aaj toh ye gaya’. This video of Salman Khan is becoming fiercely viral on social media.

Salman Khan has shared the video on Instagram. In which it can be seen that his bodyguard Shera points out the dialogue of the film ‘Antim’ and says, “Jin din this sardar ki hategi na sabki phategi.” Shera speaks the same dialogue the very next moment, pointing towards Salman Khan. Salman comes to know that Shera had spoken the dialogue by pointing at him earlier. On this matter of Shera, Salman Khan laughs and says, ‘Aaj toh ye gaya’.

Salman Khan has made this video in a fun-filled manner with bodyguard Shera. Before the release, by sharing this video, he has tried to create more craze in the audience about the film. This video of Salman has been viewed more than half a million times. Salman is working with his brother-in-law Aayush Sharma for the first time in the film ‘Antim’. The film has been directed by Mahesh Manjrekar.