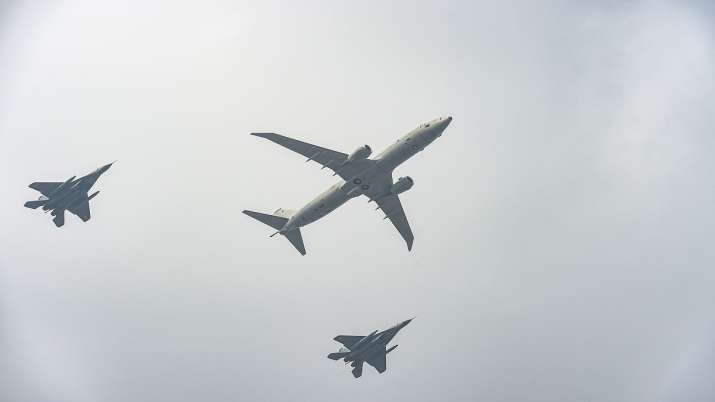 New Delhi: People were stunned to see their scintillating performance at the Rajpath during the Republic Day Parade on January 26 in a flypast of 75 Indian Air Force aircraft and helicopters. Old and present modern aircraft and helicopters like Rafale, Sukhoi, Jaguar, Mi-17, Sarang, Apache and Dakota displayed various structures including Rahat, Meghna, Eklavya, Trishul, Tiranga, Vijay and Amrit.

A Rafale took off at a speed of 900 kmph behind a tricolor formation. Near Dias, the aircraft pulled for vertical charlie and made a 21/2 turn. In the end, the Amrit structure made of 17 jaguars formed the shape of 75 aircrafts and helicopters. The parade ended with the national anthem and tricolor ballooning.

After the relief of the Center on petrol and diesel, these states also reduced the tax, know what are the new prices

BJP Hits Back Over Rahul Gandhi: BJP retaliated on Rahul Gandhi’s statement, said- Congress is carrying kerosene in hand since 1984