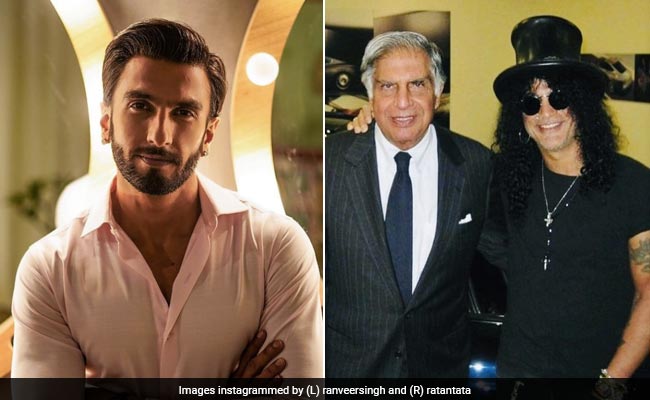 Ratan Tata has shared a throwback picture of himself on social media, in which he is seen with Guns N’ Roses guitarist Saul Hudson aka Slash. The Tata Sons chairman has revealed in his Instagram post that he was on a visit to one of his retail outlets in California when he met the musician at the store. He went there to get his new Jaguar XKR. After this they talked a lot and posed for pictures together.

Ratan Tata shared a picture with Rockstar on Instagram and wrote, “The day I visited Gallpin Jaguar on a tour of one of my retail outlets, I was excited to meet this Gentleman from Guns N’ Roses who was there on his own. Taking delivery of the new Jaguar XKR. A very humble rockstar, Slash. Clicked by Brian Allen.”

This picture became viral on social media as soon as it was shared. Ranveer Singh, Dino Morea and many other celebrities were also surprised to see Ratan Tata sharing the frame with Slash. Ranveer wrote, “Wow! That’s great.”