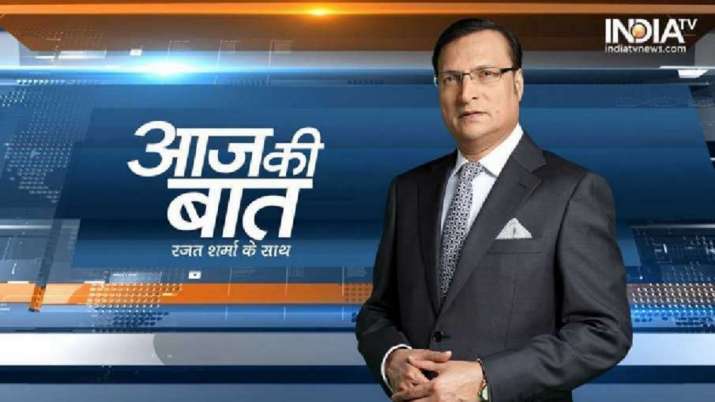 If Modi rigged the elections, then how did the Congress win in Rajasthan and Chhattisgarh, the Aam Aadmi Party in Delhi and Punjab and the TMC in Bengal?

All Congress MPs including Sonia Gandhi, Rahul Gandhi were to march from Parliament to Rashtrapati Bhavan but the police stopped them near Vijay Chowk. Here Congress leaders were detained and taken to Kingsway Camp Police Lines. In the evening, the police released these leaders.

The party’s general secretary Priyanka Gandhi was leading a group of Congress workers. The group was to march from the party headquarters on Akbar Road to the PM’s residence, Lok Kalyan Marg, but the police stopped them and took them into custody. Meanwhile, Priyanka Gandhi went ahead and started crossing the barricades. Despite all the requests of the police, Priyanka crossed the barricades and after that she sat on the road. When the talks did not work, the police picked up Priyanka Gandhi like other Congress workers and forced her to sit in the police car. Congress leaders alleged that many of their leaders and workers were thrashed and beaten up by the police. At the same time, Delhi Police said that Congress workers beat up several policemen due to which they were injured.

Before joining the protest, Rahul Gandhi held a press conference in which he accused the Modi government of destroying democracy. He said that democracy is dying in India today. In the last 70 years, the building of democracy, which was erected with every brick, is being demolished. He alleged that the opposition was being targeted by government agencies controlled by the BJP and the RSS.

Many leaders including Priyanka Gandhi and Ashok Gehlot were demonstrating with cylinders. On one side the leaders were carrying gas cylinders and on the other side, in front of 24 Akbar Road, Congress workers made brick stoves on the road and started cooking there. Congress leaders said that the price of gas has increased so much that people are forced to cook on the stove again under compulsion. Vegetables and oil are so expensive that now vegetables have to be cooked in water.

Targeting Rahul Gandhi, BJP leaders said- ‘The whole country knows who imposed dictatorship during the Emergency in 1975.’ Parliamentary Affairs Minister Pralhad Joshi said, ‘Rahul Gandhi himself should see his party which is a family It has become a property.

BJP leader Ravi Shankar Prasad said, “Rahul may have forgotten that journalists and editors were put behind bars by his grandmother Indira Gandhi during Emergency. He said- ‘Congress has now lost the support of the general public, people have stopped voting for Congress, so Rahul Gandhi is alleging that now democracy has ended.’ Union Minister Giriraj Singh said, “It was the Congress which had occupied all the institutions during its 60-year-long rule.”

Rahul Gandhi’s remarks on Friday against the Modi government reflect his point of view. He alleged that Hitler also used to win elections, but he should know that elections from panchayats to parliament have been free and fair in Modi’s eight-year rule, though Congress lost most of the elections. Is it fair to say that there is dictatorship if Congress fails to win elections?

What surprised me the most about Rahul was when he said what he needed to win an election. Such remarks cannot be considered good for any democratic system. Thirdly, he said that RSS people are sitting everywhere. There is no proof of such things and there is no truth in it. Such things only reduce the credibility of Rahul Gandhi, people’s trust in him is less. What Rahul Gandhi said was not a political attack. Personal hatred for Modi was visible in them.

Uttar Pradesh CM Yogi Adityanath said, ‘August 5 is a day of pride for every Indian because on this day Bhoomi Pujan was done for the construction of Ram temple at Ram Janmabhoomi.’ Yogi said, ‘The protest wearing black clothes on this day is an insult to all the devotees of Lord Ram and the Supreme Court which gave its verdict in favor of the temple. Now the Congress is stuck in the googly of Amit Shah and Yogi Adityanath.

Pawan Khera tweeted on behalf of Congress. He wrote- ‘Congress asked questions on inflation, GST, unemployment and BJP again made the same temple-mosque in response. The questions of the public seem to be out of the syllabus of the Sahib. But the question that Amit Shah and Yogi Adityanath asked Congress about Ram temple, the Congress will have to answer. (Rajat Sharma)