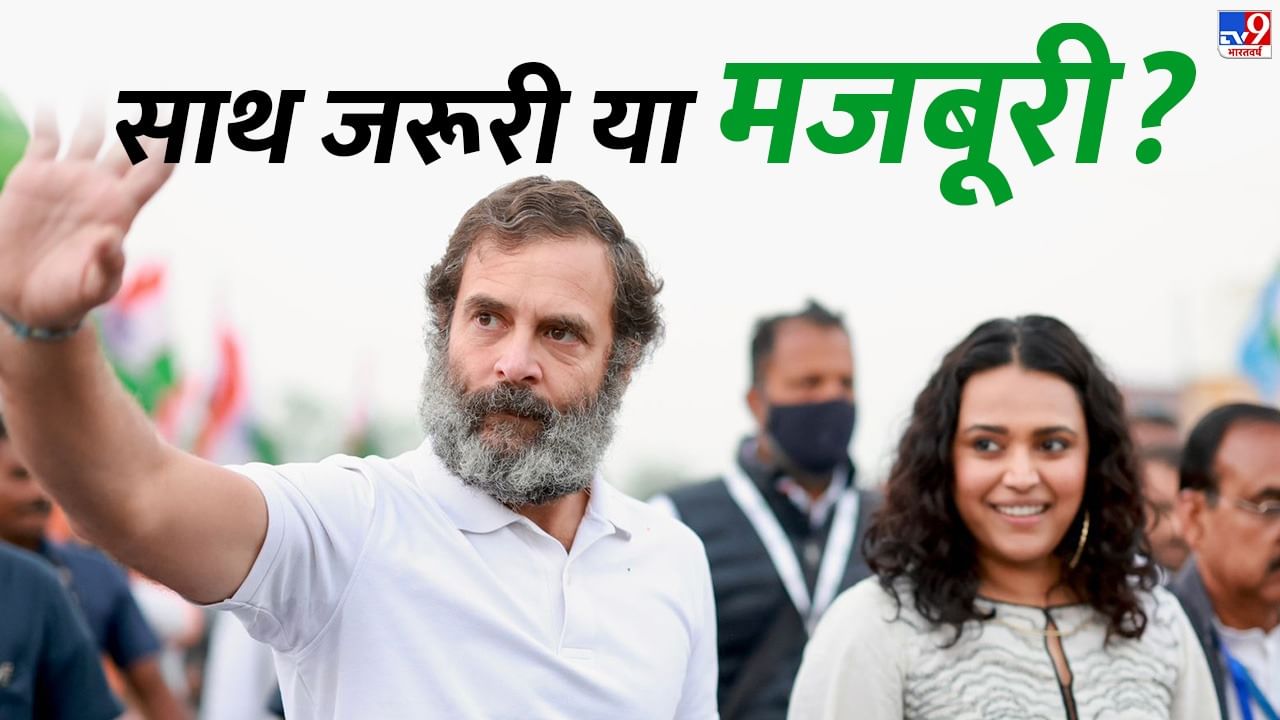 Just a few days ago, Rahul was seen in the form of Rudrakshvatar in the temples of Madhya Pradesh. An attempt was made to project him as a staunch Hindu and make him stand in front of the BJP. Congress is again doing damage by including people like Swara Bhaskar and Kanhaiya Kumar in the yatra. 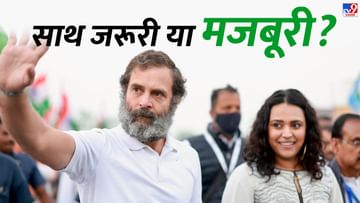 Film actress Swara Bhaskar also participated in the Bharat Jodo Yatra, which started on Thursday after a one-day break.

bollywood actress Swara Bhaskar by entering the Bharat Jodo Yatra Congress leader Rahul Gandhi Has supported. However, even before this, she has been continuously attacking BJP for supporting Congress. But coming to Madhya Pradesh as soon as Swara enters Yatra is like you scratch my ear, I scratch yours. In fact, Swara has been getting more fame due to her political inclination than she did not get from films. Whenever Swara gets involved in any such politics, she gets tremendous limelight. Swara does not have any big film at the moment, on this pretext she gets tremendous media coverage. Which is very important to survive in the film industry.

Right wingers on social media know her as Vibration Girl and active member of Tukde Tukde gang, while Liberals see her as a messiah who is always ready with every possible spirit to screw up with the government. On the other hand, even Rahul Gandhi is not able to openly support any big actress from the film industry. Big actors or actresses sympathize with them, but they are not openly coming to participate in the Bharat Jodo Yatra. But it remains to be seen what message the entry of Swara Bhaskar and Kanhaiya Kumar in Congress’s Bharat Jodo Yatra sends to the party in the Gujarat elections. Lest it happen that the work done by Rudraksh avatar Rahul with great difficulty for the party gets damaged. The one who campaigned in 2019 lost the election

Bhaskar campaigned a lot for Kanhaiya Kumar in Begusarai. The slogan of Jai Hind, Jai Bhim and Jai Salaam raised by Swara Bhaskar also did not work and Kanhaiya Kumar lost the election badly to BJP candidate Giriraj Singh.

Swara’s movies are not playing

Why Swara Bhaskar’s arrival can be harmful for Rahul

It is true that the involvement of film stars like Swara Bhaskar in Rahul Gandhi’s Bharat Jodo Yatra seems to be giving immediate benefits. Just like a crowd gathers even on the arrival of a small star. A kind of buzz is created on social media. But the bigger this ring becomes, the more harmful it becomes. That too when an organized party like BJP is in front of us which aggressively answers everything of the opposition. Is it trying to balance?

Just a few days ago, Rahul was seen in the form of Rudrakshvatar in the temples of Madhya Pradesh. His media cell released photos of him prostrating in front of the temple. An attempt was made to project him as a staunch Hindu and make him stand in front of the BJP. Within 48 hours, Congress started trying to balance by including people like Swara Bhaskar and Kanhaiya Kumar in its journey. BJP just got a chance. Madhya Pradesh Home Minister Narottam Mishra’s statement on Swara’s participation in Bharat Jodo Yatra is remarkable.

,@RahulGandhi G’s #BharatJodaYatra supporters of tukde tukde gang @ReallySwara And @kanhaiyakumar As the involvement of people with anti-national mindset is proof that this is a yatra being taken out in support of those who break India.@vivekagnihotri @SirPareshRawal pic.twitter.com/VGUe2toiSN

Narottam Mishra said what message Rahul Gandhi wants to give by including Tukde Tukde gang in Bharat Jodo Yatra. When the Home Minister came to Richa Chadha’s statement against the Indian Army, she was giving Shakti to Swara Bhaskar, who has joined you in the yatra today. Mishra said that it is the same Swara Bhaskar, who has been singing praises of army mob lynching, horror killing, in support of Pakistan. Kanhaiya Kumar, Swara Bhaskar and the girl who called Pakistan Zindabad, in your journey, all these people of Tukde Tukde gang, people of that mentality and people who support the anti-national people. Is this yatra not seen as supporting Bharat Todo instead of Bharat Jodo?

Indian Air Force gets 36th Rafale aircraft amidst tension on Tawang, will be deployed in Hasimara