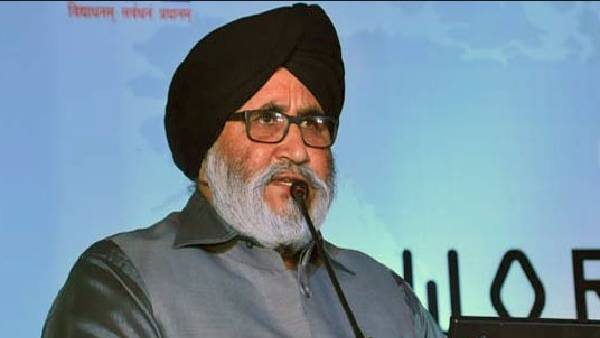 ‘It is not possible to connect with everyone digitally’

Shiromani Akali Dal leader Daljit Singh Cheema has also written a letter to the Election Commission regarding the restrictions imposed in view of Kovid. In a letter to the Election Commission, he has claimed that candidates of all political parties are facing difficulties in campaigning due to the ban. He said that it is not possible to connect with all the voters digitally as there are many such areas in Punjab where people are deprived of the internet. He said that there are elderly voters in many assembly circles who are far away from the digital world. Do not use smartphone etc. Digital campaign alone cannot reach a large section of the society. In this matter, political experts say that the voters belonging to Shiromani Akali Dal come from rural areas. Therefore, it is not possible for them to connect with all the voters digitally.

Shiromani Akali Dal leader Daljit Cheema told the Election Commission that many parties contesting elections in Punjab are sitting in Punjab, Delhi and the Centre. All those political parties are misusing government money for their political benefits. He alleged that Delhi is under the Aam Aadmi Party government and in Punjab, many development stories are being shown daily in the form of paid news on various TV channels. The voters of Punjab are being influenced through this paid news. Aam Aadmi Party is taking advantage of the implementation of Model Code of Conduct in Punjab in Delhi. Delhi is misusing the state exchequer and spending crores of rupees on paid news advertisements. This is hurting other political parties. At the same time, it is also discussed in the political corridors that the Shiromani Akali Dal lacks funds, due to which it is not able to run the election campaign properly.

Difficult to connect with voters in rural areas

In view of the campaign for the Punjab Assembly elections, political experts believe that it is very difficult for all the political parties to connect with the voters digitally. Due to this, the political party will not be able to reach all the voters and its effect can also be seen on the voting percentage. The government should ban large rallies and allow small meetings under the Kovid protocol. With this, leaders and workers of political parties will be able to reach their point of view to the voters by holding small meetings at the village level. Since the population of cities can be digitally aware of the activities of political parties, it is not possible to connect with voters digitally in rural areas.