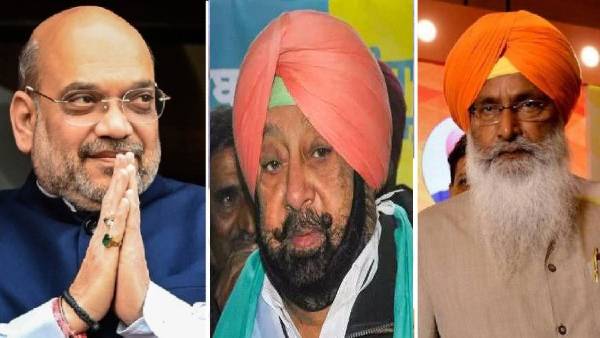 Can claim all seats in Patiala

Captain Amarinder Singh’s party Punjab Lok Congress has been given 17 assembly seats out of 65 seats. If sources are to be believed, Punjab Lok Congress will field its candidates in all the five assembly seats of Patiala. Along with this, Captain Amarinder Singh (Punjab Lok Congress) has also talked about fielding his candidate in the seat of Amritsar North. It is worth mentioning that in Amritsar North assembly seat, former Punjab minister Anil Joshi has been contesting on Bharatiya Janata Party ticket. But he has now said goodbye to the Bharatiya Janata Party and has joined the Shiromani Akali Dal. At the same time, BJP is trying to field its candidates in all the seats of Jalandhar, although so far the Bharatiya Janata Party has not announced the candidates.

Seven seats given to Dhindsa’s party

Sukhdev Singh Dhindsa’s party Shiromani Akali Dal Samyukta has been given 7 seats out of 65 seats. It is worth mentioning that after Captain Amarinder Singh’s party, Sukhdev Singh Dhindsa’s party has also got the election symbol. The Election Commission has allotted the telephone symbol to Dhindsa’s party Shiromani Akali Dal (United). Former Union Minister Sukhdev Singh Dhindsa, President of Shiromani Akali Dal United, expressed happiness on getting the election symbol, describing the telephone as the most wonderful discovery in science. He said that telephone is one of the most important means of communication in the development of the world, it increases brotherhood. He promised the people of Punjab that Akali Dal (United) would live up to the expectations of all the people.

BJP does not want to let the slightest mistake happen