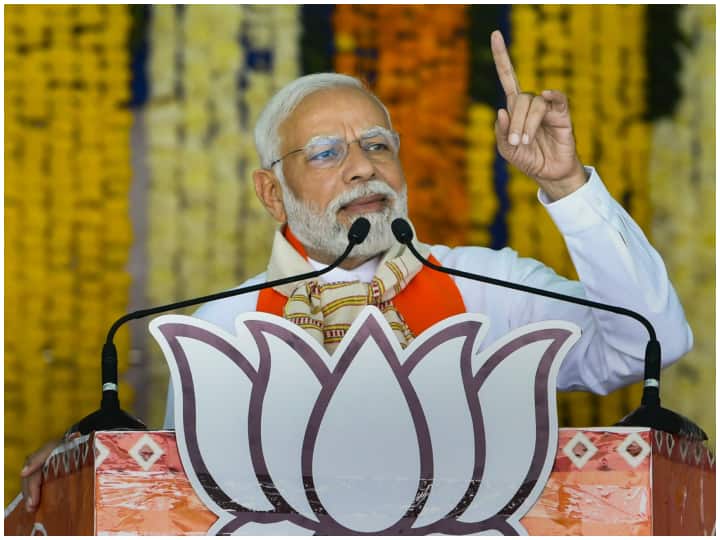 Gujarat Assembly Election: In the first phase of Gujarat assembly elections, voting was held on 89 assembly seats on Thursday (December 1). According to the Election Commission data, 59.24 percent voters exercised their vote. At the same time, the eyes of political parties are fixed on 93 assembly seats in the second phase. Heavy campaigning is going on for the second phase of assembly elections. Voting will be held on December 5 and political parties have put all their might into campaigning.

Apart from the veteran leaders of BJP, the leaders of Congress (Congress) and Aam Aadmi Party (Aam Aadmi Party) have also put full force in Gujarat. Arvind Kejriwal, the head of AAP, who is contesting the Gujarat assembly elections for the first time, is camping in Gujarat these days. A sizeable crowd is also seen in Kejriwal’s rally and road show. The political ground of ‘AAP’ is considered to be very good in the urban areas of Gujarat. The Delhi CM claims that the people of Gujarat have made up their mind to form the Aam Aadmi Party government.

On the other hand, the Congress, which has been sitting in opposition for more than two decades in Gujarat politics, is also engaged in election campaign. Many Congress leaders are seen doing rallies and road shows every day. In the past, Congress National President Mallikarjun Kharge addressed several rallies in Gujarat. During this, he also took a dig at the PM’s campaign. Kharge said, “PM Modi is roaming in every street in Surat, Ahmedabad, Vadodara. If you have worked then why are you doing so many roadshows.”

Total how many seats and how many will be voted on?

Let us tell you that in the second phase, voting will be held on 93 seats of Gujarat Assembly. According to the Election Commission, 833 candidates will try their luck in the second phase. There are a total of 182 assembly seats in Gujarat, out of which 13 are reserved for Scheduled Castes and 27 for Scheduled Tribes. The maximum number of seats are in Central Gujarat (61), followed by Saurashtra-Kutch (54), South Gujarat (35) and North Gujarat (32).

read this also- Gujarat Election 2022: Why did Harbhajan Singh tell people in Gujarat, ‘Remember the date of election result on December 8’

Covid 19: Corona affects these parts of the body apart from the brain