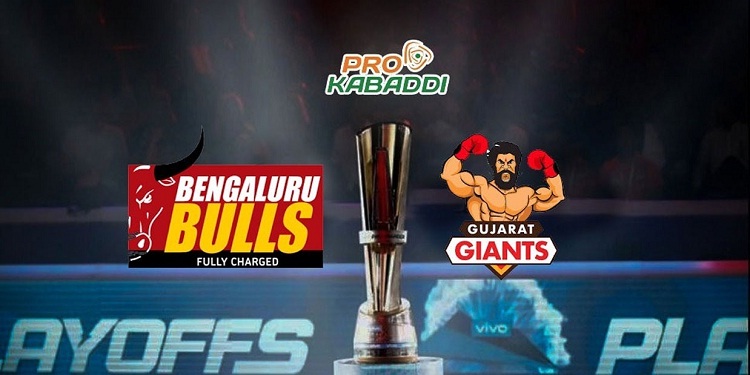 Vivo Pro Kabaddi, PKL Live- In Vivo Pro Kabaddi, today the second match will be played between Bengaluru Bulls and Gujarat Giants (Bengaluru Bulls vs Gujarat Giants). Let us tell you the information about the squads of both the teams of this match, live streaming of the match. Together, know where both the teams are in the points table, and who will have the upper hand today.

Vivo Pro Kabaddi, PKL Live – Position of both the teams in the points table

Gujarat Giants Talking about, the team has played a total of 8 matches so far, out of which only 2 have won. The team has lost 4 matches, and with 20 points in the points table, the team is in 11th place.

Prediction- Who will have the upper hand? , Bengaluru Bulls had done badly in the last match of a team like Delhi Dabang, the team registered a spectacular victory by a margin of 39 points. Even today, Bangalore is a strong contender for victory in front of Gujarat, and Bengaluru’s edge seems to be heavy.

Bengaluru Bulls vs Gujarat Giants – Squads of both the teams