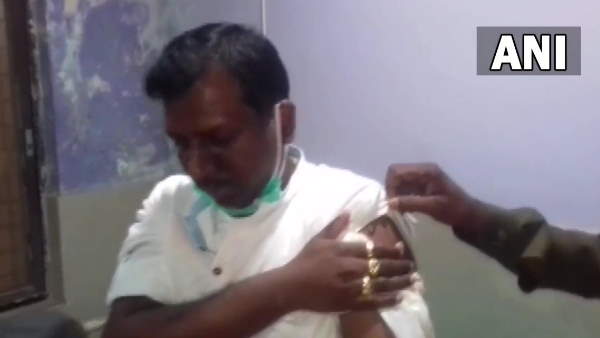 It is being told that today Dharmendra Chandravanshi had gone to stop the illegal occupation of his land in Mitra Mandal Colony, but the criminals present there started firing continuously, after which everyone started running away. Meanwhile, as soon as Dharmendra Chandravanshi was sitting in his car, a bullet was fired at his car which got stuck in his arm breaking the glass of the vehicle.

At the same time, as soon as the information about the incident was received, the police of Phulwarisharif police station reached the spot. The police first sent Dharmendra Chandravanshi to the CSC of Phulwarisharif for treatment, from where he was sent to PMCH for better treatment. It is being told that the team of doctors has removed the bullet from the arm. The police has started investigating the whole matter.