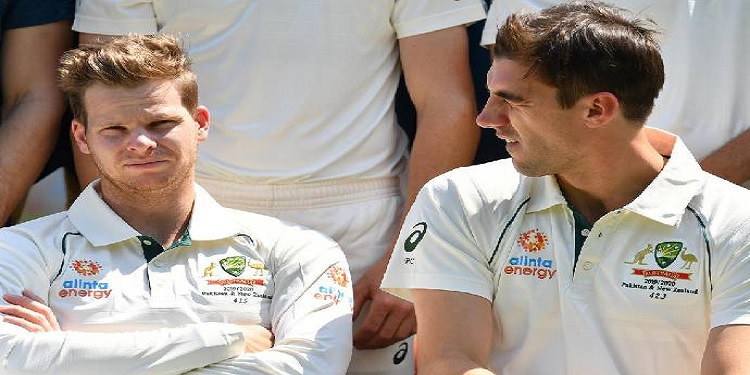 Ashes 2021-vice captain Steve Smith: Australia’s new Test captain Pat Cummins has revealed that he wanted Steve Smith to be made the vice-captain. Fast bowler Cummins was on Friday named captain of the Australian men’s Test cricket team after former Test captain Tim Paine announced an indefinite break from all forms of cricket. Along with Cummins, batsman and former captain Steve Smith has been made the vice-captain of the team. Keep reading for the latest sports news Hindi.InsideSport.IN

Pat Cummins reveals
Ashes 2021-vice captain Steve Smith: In a conversation with ESPN Cricinfo, Cummins said- “I think there are some things unknown about being a bowler captain. So from the very beginning I was absolutely determined that if I am the captain, there will be someone like Steve as the vice-captain.” Cummins said Smith is at the center of how he wants Australia to progress under his leadership.

I am a very calm person
Australia’s new Test captain-Pat Cummins-Steve Smith: Cummins said that it is not our decision who is the captain and vice-captain. I made it clear that if I am given the captaincy, I would like to see the team grow like this. I’ll try to get Steve along too. He said, “I am naturally a very calm person. I am very positive. I will depend on the players on everyone.

Smith said – it is a matter of honor
Australia’s new Test captain-Pat Cummins-Steve Smith: Australia’s great batsman Steve Smith said that it is an honor for him that he has been chosen as Cummins’s deputy. “I have been in a position to play as a leader for the last few years. Now with the official title here, I am honored to have the opportunity to stand next to Patrick.

I will work to strengthen the team
Ashes 2021: Speaking about his leadership style, Cummins said, I am naturally a very calm person. I am very positive. I will depend on everyone. I am a big deal in empowering individuals for their roles.” I highly doubt that I will rest from Test cricket. I have never taken a break from a game of Test cricket before, so I doubt it will start now.

IND vs NZ: When the umpire had to take the spider for the camera