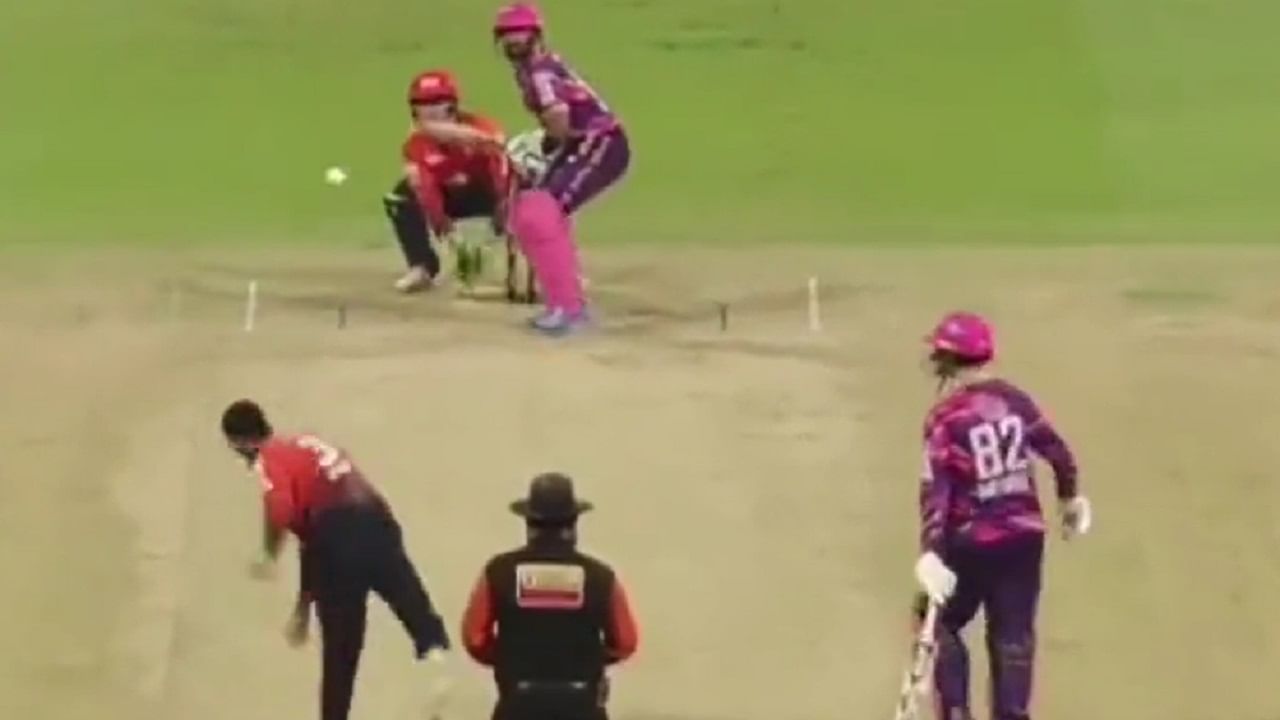 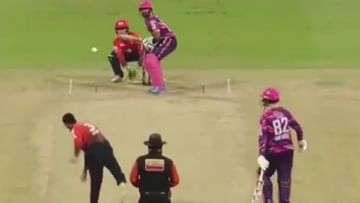 More than one match is being seen daily in T10 League. In the 19th match, there was a clash between the Bangla Tigers and the Delhi Bulls and in this the competition of Indian and Pakistani players was also seen. Talking about Harbhajan Singh and Pakistani batsman Iftikhar Ahmed. Both these players were seen playing against each other in Abu Dhabi. Harbhajan was playing for Delhi Bulls and Iftikhar was in the playing XI of Bangla Tigers. Let us tell you that in this match, Iftikhar gave a great victory to his team.

Iftikhar Ahmed played an unbeaten inning of 83 runs in just 30 balls in which he hit 8 sixes and 5 fours. Iftikhar’s strike rate was 276. On the basis of his stormy batting, Bangla Tigers scored a score of 133 runs. In response, the team of Delhi Bulls could score only 121 runs. For Delhi, Tim David hit 50 runs in 20 balls on the basis of 6 sixes but nothing came of it.

Harbhajan-Iftikhar’s fight was the best moment in this match. Harbhajan came in front of Iftikhar in the 5th over. On his two balls, Iftikhar also hit a long six and a four. However, Harbhajan performed better in this match than other bowlers. Harbhajan gave 19 runs in 2 overs although he did not get a single wicket.

Iftikhar Ahmed scored a half-century in just 19 balls. The Pakistani batsman stepped into the crease in the fourth over and hit a six on his very first ball. After this, he hit Harbhajan for two sixes in another over of Richard Gleeson. In the next over of Gleeson, this player hit 3 sixes and 2 fours. In this over, Bangla Tigers scored 26 runs.

Talking about Iftikhar Ahmed, his performance in Asia Cup and T20 World Cup was poor. Iftikhar’s strike rate was also very bad. These players were able to score 114 runs in the T20 World Cup at an average of just 22.80. His strike rate also remained the same at 122. But this player has proved his ability in T10 league.

Share
Facebook
Twitter
Pinterest
WhatsApp
Previous article
BJP Vs Congress: BJP does not have issues that is why it is making statements an issue: Congress spokesperson
Next article
Pinky Irani arrested in Sukesh Chandrasekhar case, had made her meet Jacqueline, know the whole matter

Shahid Afridi showed eye to BCCI, said about Asia Cup – we are not pleading

MCD Result: BJP’s Ramdevi Sharma is the richest candidate, the list of Dhankubers came out in the report

Xiaomi 13 and Xiaomi 13 Pro launched, these smartphones are packed with flagship features