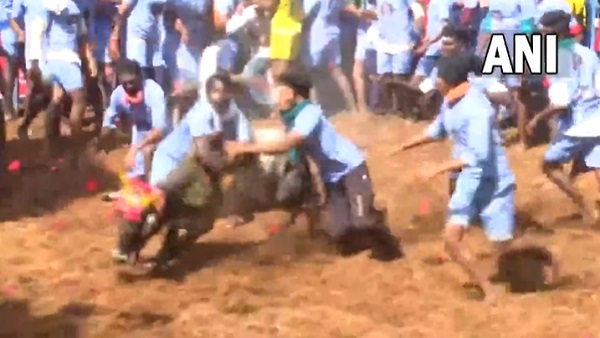 Chennai, Jan 14. The ‘Jallikattu’ competition, which has been in controversy every year, seems to be getting into deep controversy this year as well. Actually, this competition was organized in Madurai district on the occasion of Pongal and now it is reported that around 80 people have been injured in this competition. There is also information about the death of 1 person.

18 spectators have also been injured

According to news agency ANI, a ‘Jallikattu’ competition was organized at Avaniapuram in Mudair district. During this competition, 1 person has died and 80 people have been injured in the bull attack. These include 38 bull tamers, 24 bull owners and 18 spectators. Let us tell you that the name of the person who died during this competition is Kishore Balamurugan. During the competition a bull had attacked his chest.

#Update , According to a health official, a total of 80 were injured, 1 died in the Jallikattu competition in Avaniapuram area of ​​Madurai, Tamil Nadu.

UP School Closed News: Schools will not open in UP now, know how long it will remain closed