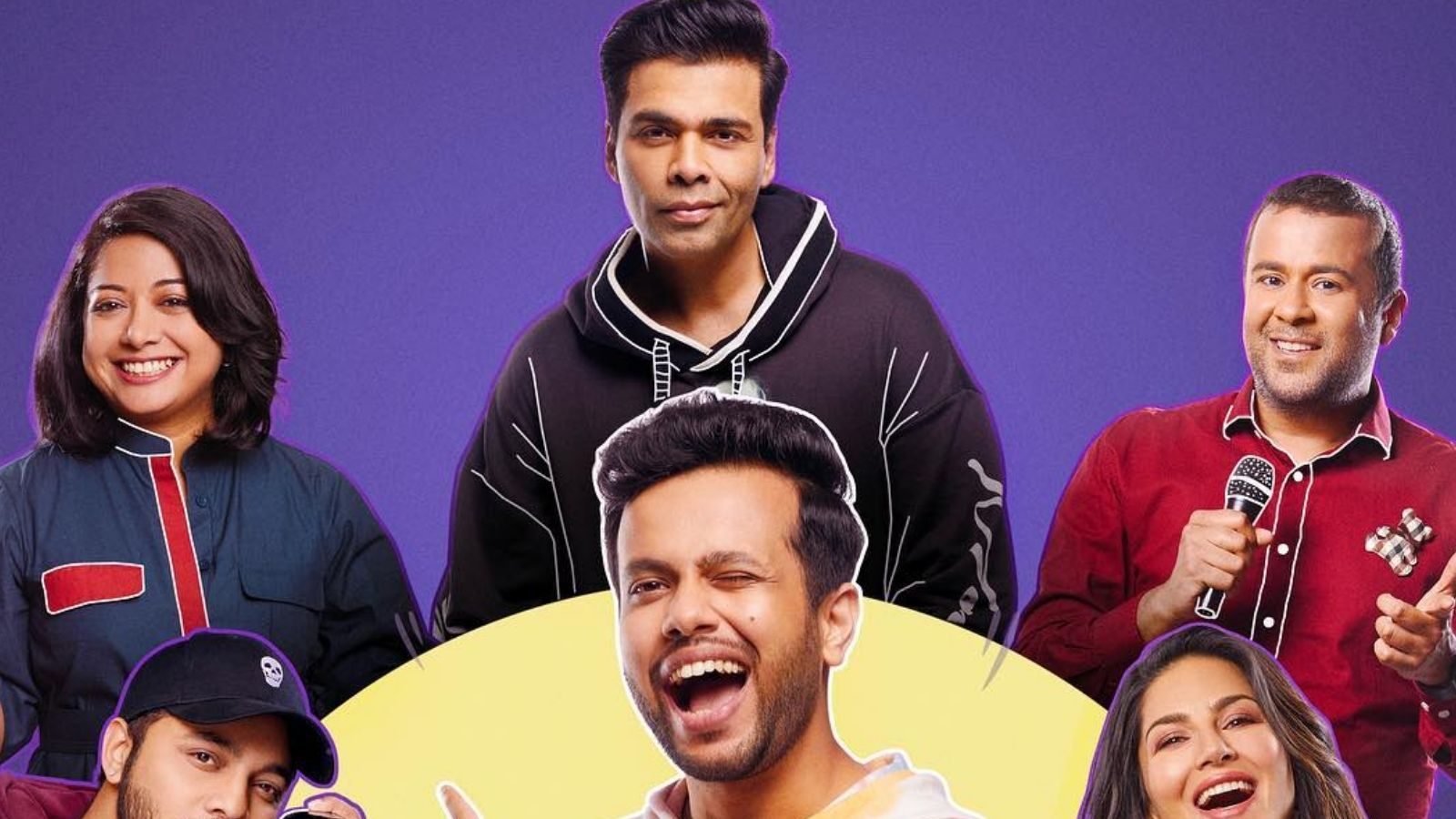 Review: Amazon Prime Video’s second season of One Mic Stand has been released recently, in which this time some new faces i.e. celebrities have been given a chance to do stand up comedy and these faces are so well known in themselves that they are successful or unsuccessful. The demonic pleasure of watching it happen is something else. Stand up comedian Sapan Verma has introduced this concept in which he invites a celebrity, he is coached by a successful stand up comedian and finally he becomes a celebrity, stand up comedian and presents his act to the audience. We do. Season 1 was well-liked as it was a tremendous experience to see Shashi Tharoor as a stand-up comedian and perform comedy on his political experiences. The celebrities of this time are also very strong.

In the first episode, Sunny Leone is taught the tricks of stand up by Neeti Palta, the chief among the few female stand up comedians of India and finally Sunny performs her own jokes. The specialty of Sunny’s set is that she hurts the dual mentality of Indian men but does not take herself seriously. Even about her porn film career, she does not appear to be under any kind of misunderstanding, but she also thanks her husband for his support. In the same episode, Sunny also revealed that she had also dated world-renowned standup comedian Russell Peters, due to which their good friendship got annihilated. Sunny set is good. Seeing them that way is a new experience.

In the second episode comes Karan Johar and his mentor Sumukhi Suresh. We are all aware of Karan’s sense of humour. At awards functions and in his own Koffee with Karan, he sometimes makes fun of film actors or is himself a target of their arrows. This time with Sumukhi Suresh, he is seen pretending to learn stand-up comedy. Karan has swallowed the entire episode. Although his stand up is not very effective but he wants to speak a lot, it is clearly visible. If Karan learns this mode more, then perhaps he can become the biggest stand-up celebrity of the country.

In the third episode, adult comedian Atul Khatri meets journalist and TV anchor Fay D’Souza. Earlier, Fay D’Souza used to read prime time news bulletin of a famous TV channel. He began to feel that his job was to praise the government, so he remembered being a journalist and quit his job. Fay is now taking her journalism to the people through the Internet. His sets have tales of journalism, politics and internet trolls. Fay, trying unsuccessfully to become an Instagram influencer while running away from depression, has told some new types of pain in her life, which also makes me laugh but also hurts to the core.

In the fourth episode, Abish Mathew is seen trying unsuccessfully to teach stand-up to writer and scholar Chetan Bhagat. Chetan’s problem is his political understanding and his compulsion to speak on almost every subject. They were once considered to be the sirens of the government and hence used to abuse on Twitter and now if they do not like some things of the government, then it is too heavy for them to be verbal on Twitter. Chetan is Punjabi and his wife is Tamil. How did he benefit Arjun Kapoor’s career from this and how his in-laws could not accept him as a writer, he made a mockery of it. If you want to see Chetan’s ability to make fun of himself, then definitely watch this episode.

The last episode is the weakest. Rap star Raftaar has unsuccessfully tried to learn comedy from Samay Raina. Their set is also boring. This set has been written on the basis of his old feud with another rap artist Emiway Bantai. Raftaar doesn’t fit in this series. Least work has been done on his sets. Or the overconfidence of speed has become overwhelming. Raftaar has the spirit to stand up, but perhaps not paid. His rap fans should not watch this episode. Mind can be sour.

One Mic Stand is a great effort. Must see this format. Understand that stand up is a difficult discipline. Not everyone can do stand-up, even celebrities who are usually verbose. Apart from this, some unknown aspects of the personal life of these celebrities, some weaknesses and some strange habits are also revealed in this format. This format is far better than a boring format like an interview.