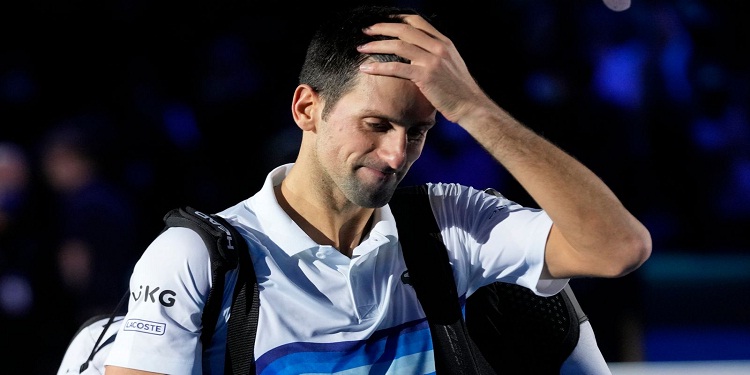 Novak Djokovic, Australian Open 2022: The controversy over Novak Djokovic is increasing instead of decreasing. Novak, who arrived in Australia, was first detained at the airport, then the court released him after declaring his visa cancellation invalid. Novak Djokovic entered the Australia Open draw, his first match also decided. After this it seemed as if everything was settled, but then Australia’s immigration minister used his powers to revoke Novak’s visa once again. Novak Djokovic was once again detained on Saturday. Follow us to know the live updates related to Novak Djokovic Case Update in Hindi.

Novak Djokovic, Australian Open 2022: Know the whole matter, from the beginning till now

Why Novak Djokovic did not give information about the certificate

Australia Open is a big tournament (Grand Slam Tennis 2022), the organizers also wanted Novak to play in this tournament. Nowak has already said that he will not show his vaccine certificate. He does not want to tell whether I have taken the vaccine or not. Since then there was doubt about his playing, but he informed himself that he is going to take part in Australia Open. He told that he has been given some medical exemption. There was a lot of opposition to this.

Australian Open 2022- This happened to Novak who arrived in Australia

Novak Djokovic had to wait a long time at Melbourne airport. After this, Novak was taken to the hotel where the quarantined people were being kept. This is because preparations had been made to send Novak back to his country.

When the matter went to court, Novak Djokovic was relieved, and the verdict was given to release him within 24 hours. Nowak started preparing, his name was also included in the draw. Novak is set to face his countryman Miomir Kemanovic in the first round. The match is to be held on Monday. But before that the Australian government canceled Novak’s visa once again. Novak was taken into custody on Saturday. Now the matter will be heard once again in the court.

Team can try other options to avoid clean sweep