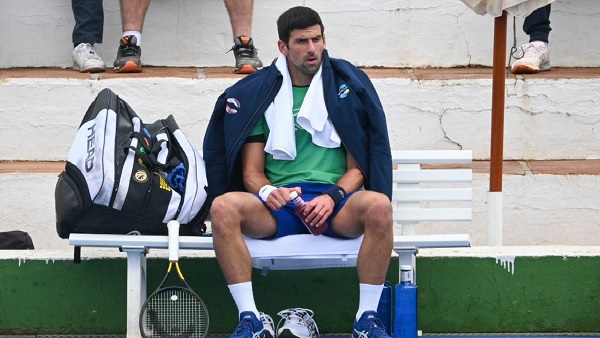 New Delhi: Novak Djokovic was detained again in Australia on Saturday after authorities revoked his visa for the second time and declared Novak Djokovic a public threat without being vaccinated.

Court documents show the 34-year-old Serbian superstar is currently being detained at an address in Melbourne as his appeal against deportation is being heard.

Just two days before the start of the Australian Open, the world number one player is again focused on the law courts over his COVID-19 vaccine status.

Djokovic was summoned to appear before immigration officials in Melbourne ahead of a federal court emergency hearing on Saturday and Sunday.

He was allowed to follow court proceedings from an address – believed to be his lawyers’ offices – where Djokovic would have been living under the protection of two Australian Border Force officers.

This is the second attempt by the Australian government to deport Djokovic, one of tennis’s biggest stars.

The 34-year-old Serbian used a medical exemption to enter Australia earlier this month as he hopes for a record 21st Grand Slam title at the Australian Open.

Many Australians believe Djokovic tricked the system into avoiding the vaccine. But the government was humiliated when a judge reinstated Djokovic’s visa and allowed him to stay in the country.

This time, the government has used all its might to teach Djokovic a lesson. The government argues that Djokovic’s presence is a threat to public health and order, especially as Australia grapples with the wave of Omicron.

There is peace of Kalsarp Dosh at many places in the country.