News Bulletin: Aftab confessed to the crime in the narco test; 60% polling in Gujarat Breaking Morning News Headlines in Hindi: In the Shraddha murder case in Delhi, the accused Aftab was subjected to narco test on Thursday. During this, 35 questions were asked to Aftab. 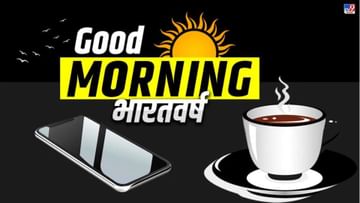 Today’s News Bulletin: Today again with the new morning, we are present with all the news which attracted the attention of not only the country but also the world on Thursday. On December 1, amid all the news, everyone’s eyes were fixed on the Shraddha murder case. Please tell that in the Shraddha murder case in Delhi, the narco test of Aftab was done on Thursday. The team of forensic experts put the accused to sleep on a bed specially prepared for this test, installed all the equipment and asked about 35 questions after coming under the influence of sleep.

On the other hand, in the first phase of Gujarat assembly elections, an average of 60.23 percent polling was recorded till 5 pm on Thursday in 89 assembly seats. Election officials told that the polling started at eight in the morning, which ended at five in the evening. Along with Thursday’s news, let us tell that even today there are many such news on which everyone’s eyes are on. Let us tell you that even today Prime Minister Narendra Modi will hold many public meetings to ensure BJP’s victory in the Gujarat assembly elections. Along with this, Aftab’s post narco test interview will be held in Tihar Jail tomorrow in the Shraddha murder case.

Aftab, accused in Delhi’s Shraddha murder case, underwent a narco test on Thursday. After the health check-up at Ambedkar Hospital, the team of forensic psychologists asked him about 35 questions. His answers to almost all the questions have come satisfactorily. After this test which lasted for about two hours, the forensic team has given a success report to the police.

In a street in Maharashtra’s capital Mumbai, two youths molested a Korean female YouTuber and misbehaved with her. The video of this incident is going viral. The police have registered an FIR against both the youths in this case and arrested them. It has been claimed that the victim is a citizen of South Korea and was livestreaming in suburban Khar area when the incident took place around 8 pm.

Bollywood star Shahrukh Khan has recently finished shooting for his upcoming film Danki. After this, King Khan’s photo has now appeared on the Internet. Please tell that these days Shahrukh is in Saudi Arabia. A journalist from there has confirmed that the actor has reached Mecca to perform Umrah.

Belgium, the world’s number 2 team and full of legends of European football, had to see the way out of the first round of the Qatar World Cup. At the same time, Morocco, who surprised Belgium in their last match, beat Canada 2-1 and secured the first place in the group and reached the knockouts.

The committee constituted in the Delhi Government submitted its report on the allegations of violation of rules and VVIP treatment in Tihar Jail by minister Satyendar Jain. As per paragraph number 26 of the report, Satyendar Jain violated the norms and rules of the jail and abused his official position and authority, which enabled him to enjoy special treatment/facilities in the jail.

6- Control on China and stamp on climate finance

On Thursday, 1 December, India took over the presidency of the G-20. Its summit will be held in New Delhi in September next year. During this, there will be more than 200 meetings across the country. The theme of the Indian chairmanship of G-20 is One Earth, One Family, One Future. The logo for this, a lotus flower and a globe, depicts India’s global approach to life.

Pakistan has released the Border Security Force i.e. BSF jawan, who went astray and went to the border of Pakistan. The BSF jawan was taken into custody by the Pak Rangers. During the search operation across the fencing, the BSF jawan wandered from the Indian border due to mist and entered the Pakistan border. BSF says that when the jawan was taken into custody, he was inside the Indian border.

8- On searching Protest, China is suppressing protest with pornine tactics

People have taken to the streets against the zero covid policy of the Chinese government. However, the Jinping government is making every effort to stop them. In this sequence, cases of obscene content appearing on Twitter are coming to the fore on searching the demonstrations taking place in China. Along with this, there is a flood of spam tweets showing escort service, gambling.

In the first phase of Gujarat assembly elections, an average voter turnout of 60.23 percent was recorded till 5 pm on Thursday in 89 assembly seats. Election officials told that the polling started at eight in the morning, which ended at five in the evening. At the same time, the final figures of voting are likely to be higher.

Love is love, not Jihad… Owaisi’s reply to those who gave religious angle to Shraddha murder case

PAK VS ENG: The pacer who became a spinner for the sake of the team, he dug Pakistan’s ‘grave’

Aaj Ka Mausam: Cold in north-central, heavy rain in South India, see how the weather will be in your place