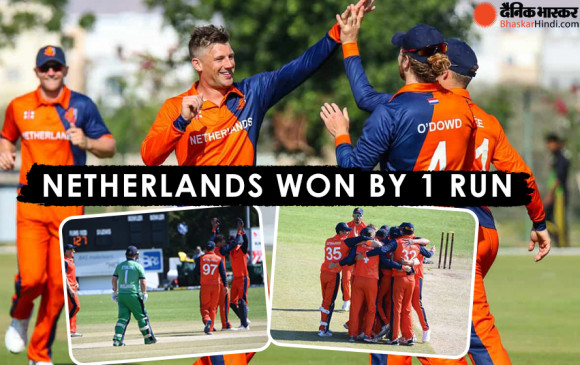 Digital Desk, New Delhi. The Netherlands beat Ireland by one run in the first ODI at the Sportpark Marschalkerweird Stadium. With this, the Netherlands have taken a 1-0 lead in the three-match series.

Ireland needed 12 runs in the last over and had wickets in hand. Simi Singh was batting on 44 but Netherlands pacer Logan van Beek managed to give his team a one-run victory in their maiden World Cup Super League match in Utrecht. He conceded only ten runs in his over. Ireland needed three off the last ball. Number 10 Josh Little failed in his attempt to paddle and could only take a single off a bye and Ireland lost in the thrilling match.

For Ireland, Craig Young and Joshua Little took three wickets each while Simi Singh and Andy McBrine took one wicket each.

So have NASA scientists discovered a new ‘Earth’? There is more hope of water...

Delhi government released global tender for vaccine, so BJP asked – why is there such...

Will Team India get permission to practice during quarantine in England, important information revealed