Navy Day: Navy Day is related to victory over Pakistan in 1971 war, know in detail 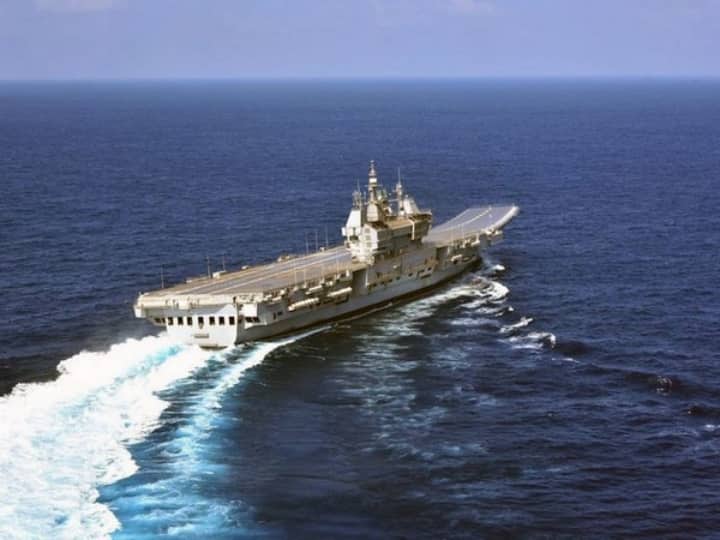 Indian Navy not only has modern weapons and warships, but our soldiers also have that spirit, seeing which any enemy thinks many times before raising his eyes towards India. We celebrate Navy Day every year on 4th December. This day is related to the victory over Pakistan in the 1971 war. Navy Day is celebrated on 4 December to commemorate the Navy’s success in ‘Operation Trident’ during the Indo-Pakistani War of 1971. Navy Day honors the indomitable courage of the bravehearts of the Indian Navy.

In the 1971 war with Pakistan, Indian warships attacked the port of Karachi and weakened the backbone of the Pakistani Navy on the west coast. Pakistan Army had attacked our airspace and border area on 3 December 1971. The 1971 war started with this attack. The Indian Air Force was responding to Pakistan’s attack. Meanwhile, the Indian Navy launched ‘Operation Trident’ to give a befitting reply to Pakistan. This campaign was started by targeting the headquarters of Pakistan Navy in Karachi. An attack group consisting of a missile boat and two warships attacked a group of Pakistani ships off the coast of Karachi. Three missile ships of the Indian Navy, INS Nipat, INS Nirghat and INS Veer played an important role in the attack.

Attack with anti ship missile for the first time

For the first time in this war, the ship was attacked with an anti-ship missile. In this attack, many ships of Pakistan were destroyed and about five hundred soldiers of Pakistan were killed. During this, the oil tankers of Pakistan were also destroyed. Pakistan Navy’s back was broken due to the destruction of Karachi Harbor fuel storage. The flames in the oil tankers of Karachi could be seen even from a distance of 60 kilometers. The fire in Karachi’s oil depot could not be extinguished for seven days. The Indian Navy had completely ruined the Karachi port. Keeping in mind the success of ‘Operation Trident’ operation, Navy Day is celebrated every year on 4 December.

broke the back of pakistan navy

Operation Trident.. was the codename for the Indian Navy’s attack on Karachi in the 1971 war. It is considered one of the most successful operations after World War II. After the success of Operation Trident, the Indian Navy started ‘Operation Python’ on the night of December 8, 1971. In this, two warships of the Indian Navy attacked a group of Pakistani ships off the coast of Karachi. India suffered no casualties, while the Pakistani fleet tanker PNS Dacca was heavily damaged and the Kemeri oil storage was completely destroyed. Both these operations caused heavy damage to its navy in East Pakistan.

The eyes of the world on the Indian Ocean

The way the interest of the whole world has increased in the Indian Ocean and South China Sea, the challenges for the Indian Navy are also going to increase in the coming days. For maritime security, there is no bigger country than India in the entire area of ​​the Indian Ocean. In such a situation, the Indian Navy needs to make more modern submarines and sea ships. Also, looking at the global situation, there is a need to increase military capacity. For the last few years, the eyes of the whole world are fixed on the Asia-Pacific region. The Indian Ocean is very important not only from the commercial point of view, but also from the strategic point of view.

The challenge of dealing with China’s growing interference

The Indian Navy continues to conduct joint exercises with many countries in the Indian Ocean. China’s interference in South China Sea and Indian Ocean is increasing. For the last 15 years, China’s Navy i.e. People’s Liberation Army Navy has been trying to dominate the Indian Ocean Region (IOR). Navy Chief Admiral R Hari Kumar himself has described China’s increasing interference in the Indian Ocean region as a big challenge. After China LAC, now it is becoming a big challenge for India even in the maritime border. America has also mentioned this time and again. Recently, in the report released from the Pentagon, it has been said that China is increasing its stock of nuclear weapons. China will have more than 1,500 dangerous nuclear weapons in the next 13 years. The US report also mentions the Djibouti base, from where China can increase its power manifold in the Indian Ocean.

The challenge of increasing the indigenous aircraft carrier

There are more than 60 ships in the Indian Ocean

Along with China, many ships of other countries continue to operate in the Indian Ocean at the same time. There can also be many spy ships in these. The Indian Navy is always vigilant that none of these ships enter the Exclusive Economic Zone (EEZ) of the country. The Indian Navy keeps a close watch on the movement of China’s military and espionage vessels in the ocean region. India is moving forward on the ‘Security and Growth for All in the Region’ (SAGAR) policy to reduce China’s interference in the Indian Ocean and the increasing influence of the Chinese Navy on Djibouti’s military base. Under this policy, India has provided ships and helicopters to friendly countries and military infrastructure is also being prepared in the countries of the Indian Ocean.

In recent years, India has shared naval exercises with many countries around the Indian Ocean. Among these Maldives, Mauritius, Seychelles, Indonesia, Myanmar and Bangladesh are very important. With the aim of reducing the power of China, America and Japan also helped India in this work. In view of the regional security challenges, the Indian Navy has participated in several maritime exercises with partner countries.

Coastal security is a big challenge for Navy

Apart from the seven and a half thousand kilometer long coastal border of India, there is also a thousand kilometer long sea border and for its security, the Navy is in dire need of modern technology. After the 26/11 Mumbai attack, the issue of coastal security has become very important. Along with terrorism, the challenge for the Navy is to deal with drug trafficking and other such threats with full promptness. There are many challenges in the Indo-Pacific that the Navy has to deal with. Admiral R Hari Kumar himself has admitted that piracy, smuggling of drugs and arms through sea routes, illegal fishing and maritime terrorism have complicated the security matrix.

Need to increase the number of submarines

Modern submarine is considered very important for a strong navy. Before December 2017, not a single new submarine had been inducted into the Indian Navy for more than a decade and a half. In December 2017, Prime Minister Narendra Modi dedicated the diesel-electric submarine INS Kalvari to the nation. The country’s first indigenous nuclear submarine INS Arihant has also increased the strength of the Navy, but experts believe that more work needs to be done on this front.

Scorpene class submarines can prove to be very effective from the point of view of curbing China’s growing supremacy in the Indian Ocean. The Indian Navy needs to increase the number of such submarines, which have the ability to stay under water for a long time. The way India is insisting on making submarines in the country these days, it is expected that the number of submarines equipped with modern technologies will increase in the coming days.

The challenge of dealing with frequent accidents

There is also a big challenge in front of the Indian Navy to deal with the accidents in ships and submarines. According to the report of the Comptroller and Auditor General (CAG), between 2007 and 2017, there were a total of 38 accidents involving submarines and ships of the Indian Navy. In these, 33 naval officers and soldiers died. Work will have to be done to prevent the damage caused by these accidents. Defense experts believe that more attention will have to be paid to improve proper maintenance and training to prevent accidents.

Recruitment of women in Navy for the first time

Indian Navy will become self-sufficient by 2047

The Indian Navy is on its way to becoming self-reliant. Navy Chief Admiral R Hari Kumar has said that the Indian Navy will become self-sufficient by 2047. The 29 ships commissioned in the last seven years have been indigenously built. Apart from this, out of 40 ships under construction, 38 are being built in Indian shipyards only. Project 75 is very important in the direction of Navy becoming self-sufficient.

Construction of submarines under Made in India

Under Project 75, six Scorpene class submarines were targeted to be built in India. These are state-of-the-art diesel-electric submarines. Under this project, four submarines have so far joined the Navy’s fleet, which are Kalvari, Khanderi, Karanj and Vela. Submarine Kalvari was commissioned on 14 December 2017 and Khanderi on 28 September 2019. Karanj was commissioned on 10 March 2021 and the fourth submarine Vela on 25 November 2021. All these submarines are Made in India. The fifth submarine is Vagir and the sixth Scorpene submarine is Vagsheer. By next year, all these modern submarines will join the Navy’s fleet.

The first squadron of warships arrived in India on 5 September 1612. It was called by the marine force of the East India Company. In 1668, the East India Company’s marine force was renamed ‘Bombay Marine’. In 1830, the Bombay Marine was renamed as ‘Her Majesty’s Indian Navy’. In 1892 it came to be known as ‘Royal Indian Marine’. By this time more than 50 ships were involved in it. Subedar Lieutenant DN Mukherjee was the first person commissioned in this Navy as an Indian. He joined the Royal Indian Marine in 1928 as an engineer officer. The Royal Indian Marine was made the ‘Royal Indian Navy’ in 1934. Eight warships were inducted into the Royal Indian Navy during World War II. By the end of this war, there were 117 war ships. Vice Admiral RD Katari assumed office as the first Indian Chief of the Navy on 22 April 1958.

Also read- ICAO Report: India in top 50 countries in terms of aviation security, China-Pakistan did not get place

India China Border Row: Hunter of India on the trick of the dragon. ABP News